Net neutrality at risk in the US 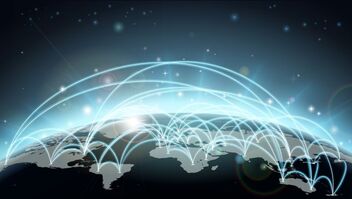 The FCC's 2011 Open Internet Rules require Internet providers to treat all Web traffic equally and give consumers equal access to all lawful content, prohibiting them to arbitrarily slow or block traffic data. The three basic rules are:

1. Transparency
2. No blocking
3. No unreasonable discrimination

This week, in a case brought by Verizon, a US telecoms company, a United States federal appeals court ruled against the FCC, not on the principles of the Open Internet themselves, but on the FCC's authority to enact the rules.

The court stated, "our task as a reviewing court is not to assess the wisdom of the Open Internet Order regulations, but rather to determine whether the Commission has demonstrated that the regulations fall within the scope of its statutory grant of authority".

According to the appeals court, the FCC does not have the jurisdiction or authority to enforce the Open Internet Order, which invalidates several key portions of the net neutrality rules e.g. anti-discrimination and anti-blocking rules. This decision could have a serious impact on the open Internet as it leaves ISPs or telcos with the possibility to favour certain types of traffic over others or charge more for faster access.

It is interesting to contrast the outcome of this case with the situation in Europe and the current discussions around the European Commission proposal for a regulation for a single market for electronic communications that would enshrine "net neutrality" into EU legislation. The general tendency in the EU is to strengthen national regulatory authorities' enforcement role and power in ensuring that end-users are effectively able to access and distribute information or run applications and services of their choice.

In light of this judgment, the FCC can either appeal to the United States Supreme Court, or rewrite their regulations in line with the appeals court's decision. If the situation remains as set out by the US federal appeals court however, there will inevitably be regulatory tensions between the US and the EU. The business implications of that will undoubtedly again raise the question of the necessity to have a more global approach regarding net neutrality rules in terms of their adoption and enforcement.

Full text of the judgment is available here