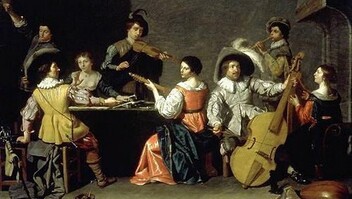 A new festive day is born in Europe! On 21 March 2013, REMA (Réseau Européen de Musique Ancienne / European Early Music Network) will organize the European Day of Early Music for the very first time. Supported by EBU/Euroradio the day will be a living memorial to the European historical musical heritage with concerts, conferences, and other events taking place simultaneously all over the continent.


Early music is a central part of the cultural heritage shared by Europeans, closely connected with other artistic expressions such as dance, theatre, and architecture. It spans more than a thousand years of music, written down or transmitted by oral tradition, from the Middle Ages to the end of the 18th century. While some of the composers of these eras, for instance Johann Sebastian Bach, Claudio Monteverdi, or Hildegard von Bingen, are widely known, there is a large repertoire still to be re-discovered by today’s audiences. “The REMA European Day of Early Music will increase awareness of music from the medieval, renaissance and baroque periods and make a difference in bringing it to the attention of a wider audience,” says Peter Pontvik, president of REMA. Through events taking place across Europe, creating and encouraging collaboration, this event day will connect initiatives on a national level in a joint European manifestation that simultaneously will highlight local distinguishing features and the common ground of the continent’s musical history. And as Christian Vogg, Head of Radio at EBU, points out: "Euroradio understands the promotion of early music to a wide audience as part of the mission Public Service Media do have."


21 March coincides with the birthday of Johann Sebastian Bach, and also with the beginning of spring. The REMA European Day of Early Music is supported by the European Broadcasting Union, and under the patronage of Mrs Androulla Vassiliou, member of the European Commission.