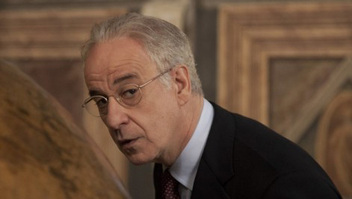 Welcome by Paul Dujardin, CEO and Artistic Director of Bozar

Eurovision Film Week invites you to Brussels’ renowned centre for fine arts, Bozar, for a moderated debate on the place of European Cinema in the EU policy framework and the outlook for new initiatives aiming to support the European creative industries. Following the cocktail reception and debate, participants can enjoy the screening of "Viva la libertà", an Italian political dramedy co-produced by RAI Cinema.

Through the Creative Europe programme and its influence in international trade negotiations, the EU goes some way towards supporting European cinema. It also recognizes film’s fundamental contribution to the European creative sector as well as the expression and dissemination of European values and cultural diversity.


But European cinema’s potential to develop as an industry, to strengthen the European identity and affirm European values is yet to be fully exploited.

The roundtable discussion will thus focus on how EU policies can further underpin European cinema and strengthen the European audiovisual ecosystem in the future:

Alongside how EU policies can do more, the discussion will analyze how public service media can continue catalyzing creative minds as major investors, promoters and disseminators of European film.

Eurovision FILM WEEK is the largest multimedia film festival ever staged: in the week leading up to the European Film Awards (7 December 2013), EBU Members - Europe's public service broadcasters - will showcase feature-length films on public television and online platforms. In addition, radio and television channels will air debates, documentaries about films and the magic of film music, as well as interviews with actors, directors and writers.

Synopsis: The leader of Italy’s opposition party drops out of sight and is replaced by his bipolar identical twin