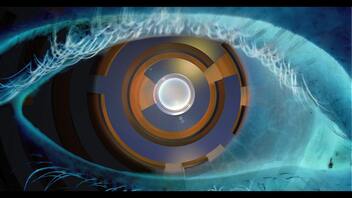 In this follow-up session with SVT Editor Nils Hanson he will be joined by Ana Poenariu, a Romanian journalist based in Bucharest. Ana started working as a local photojournalist in 2007 and her photos were published in the national media, Reuters and AFP. In 2014 she became an investigative reporter for Digi 24 Television and one year later she joined RISE Project. She was also part of the team that received the Global Shining Light Award (Citation of Excellence) in 2019 for the The Azerbaijani Laundromat and received several national grants and prizes.

This year, in the Covid 19 context, she exposed details of a murky masks procurement contract and later on, the prosecutors started to investigate the chief of the state company involved in the business. She also went undercover together with Andrei Ciurcanu to stage buying millions of masks from the black market. They ended up negotiating with the son-in-law of a prominent figure in Romanian organized crime.

Also joining Nils will be Ola Westerberg. Ola is an award-winning investigative freelance journalist, and previously Foreign Editor and reporter with TT News Agency in Sweden. His areas of interest include human rights, security issues, corruption and money-laundering. Ola was part of the Paradise Papers team and was also part of the CORRECTIV-led investigation The CumEx Files, which revealed the largest tax robbery in European history, among other international collaborations.

To receive an invitation to this online session, please email Frederic Frantz at frantz@ebu.ch

We are keen to continue supporting our learning community of EBU Members’ professionals all over Europe in the best way we can, so we are offering online sessions where possible. Please keep up to date on our upcoming sessions here.

Nils Hanson was between 2003-2018 the editor-in-chief of Mission Investigate at Swedish Television (SVT), The program, aired prime time one hour a week, 39 times a year, makes a great impact on the Swedish society. During the last two years of his leadership, the program won ten in-ternational awards. He has himself received seven investigative awards. Today Nils continues work as an editor for Mission Investigate. He regularly teaches investigative methods all over the world and has written a book on the subject.