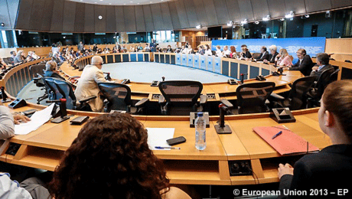 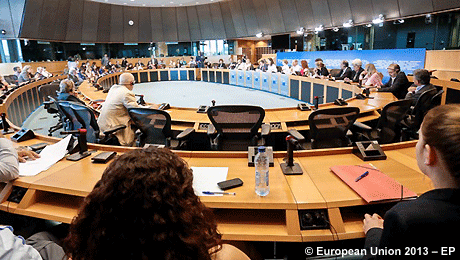 “It’s not possible in one country to close a broadcaster from one day to another”, said Committee Chair Doris Pack. “We need to talk about the actions of a government which are not acceptable in a democracy.”

German MEP Petra Kammerevert said: “I am pleased about the Court’s ruling that the government’s decision is unauthorized. I don’t think that anyone in the EU said that the radio and television plug should be pulled. And all of this is leading to further unrest in Greece.”

“We have the Amsterdam Protocol, which says that the way in which the media are organized is a competence of the Member States. However I think that it’s our duty as a Parliament to send out a clear message and say that certain kinds of behaviour cannot be accepted from a democratic perspective.”

“These blows to pluralism and culture are extremely serious” said Italian MEP Silvia Costa. “I would like the Parliament to find a solution with the Commission to defend the principles that we find essential.”

“We can’t stand on the sidelines as the European Parliament. We need to come up with a restructuring plan to suggest to Greece so that they can as soon as possible re-establish their public broadcasters. We need to be supportive.”

German MEP Helga Trüpel said: “I understand the need to make budget cuts in Greece. But the way it has been done is unacceptable. I welcome the decision of the Greek’s highest court about switching the channel on again. But there must be a debate on how the broadcaster was functioning. We need operational and well functioning public broadcasters.”

Polish MEP Piotr Borys added: “The methods applied by the Greek government were antidemocratic. The TV channels may need to be reorganized but when TV signals are cut, we do have to respond.”

In parallel, the Socialist and Democrat Group in the European Parliament held a press conference alongside Trade union representatives from the Pan-Hellenic Federation of Personnel of Radio and Television Enterprises, and representatives of the international press.

Socialist and Democrat Group President Hannes Swoboda, who alerted the European Parliament about the developments in Greece last week, elaborated on his views: “To close down by decree or by order in a non-democratic way an element of democracy: the procedure is totally unacceptable, it is against the basic European and human values and rights, and of course, to close public radio and TV is totally undemocratic.”

“Europe has to say no: this is not the way to reduce public employment, by shutting down radio and TV in the public sector”, he added. “To have a public broadcaster in Greece is not just important for Greece, but for Europe as a whole. We have to be clear that media freedom with a public sector is very important for democracy and we want to keep democracy in Europe.”

Discussions in the European Parliament on the closure of ERT are expected to continue with a Plenary session debate planned in Strasbourg on 3 July.