Collaboration and creativity at first Eurovision SkillsXchange in Turin

Young multimedia experts from 8 EBU Members have been working together to create fresh content and find innovative new ways of covering the Prix Italia in Turin.

In the first collaboration of its kind, the Eurovision SkillsXchange has brought together multimedia journalists, digital producers and social media experts at one of Europe’s oldest media festivals.

This year’s Prix Italia theme is the “Power of Storytelling” and the SkillsXchangers, led by Senior Online Development Project Manager Madiana Asseraf, have been using video, audio and social media to explore topics such as how to make radio go viral, the secrets behind making successful tv series and the challenges presented by user generated content. 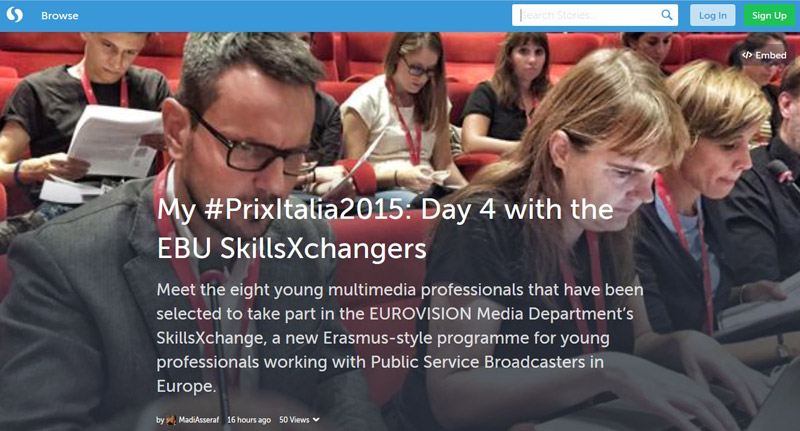 The team has also been interviewing key figures attending this year’s Prix Italia including Secretary General Paolo Morawski and new RAI President Monica Maggioni as well as presenting interesting facts about them and the event itself.

The content produced by the SkillsXchangers has been published prominently on the Prix Italia website and has been appearing on a special webpage dedicated to the project as well as on aggregation sites such as Storify. It will be also made available after the event to the wider EBU Community.

Interactive maps, gifs and audio slideshows have all been used by the SkillsXchangers to cover the various panel discussions and events taking place at the 67th edition of the Prix Italia. 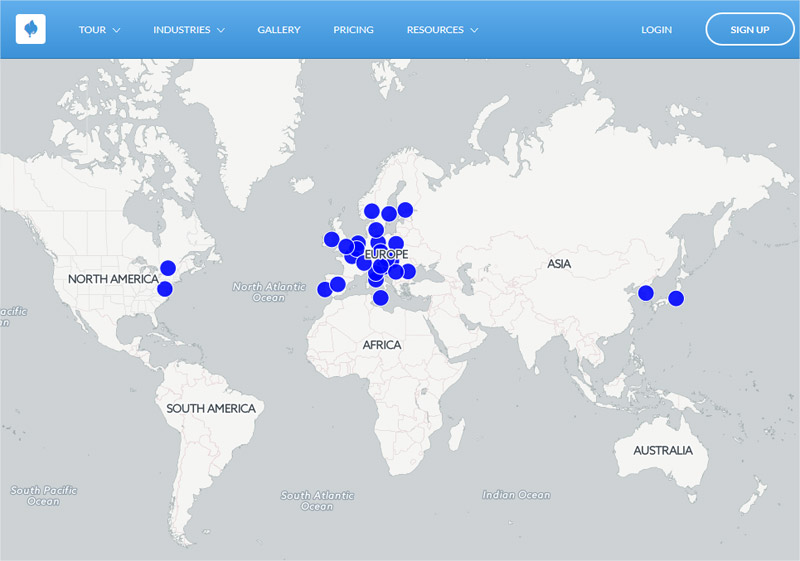 “What I think has been remarkable this week is the team's talent and attitude,” said Madiana Asseraf who has been guiding the team. “They didn't know each other one week ago, and in the last few days they have been pooling together resources and ideas and working in a really natural way, as if they had been doing it forever.”

“They all know tips and tools the others hadn't heard about and they’ll now take those back to their respective organisations,” Ms Asseraf added. “It’s a constant learning process as well as a huge factory of creativity thanks to the bringing together of all their different skills and expertise and the constant team-work here.”

There have also been benefits for the Prix Italia and host Member RAI. As well as receiving huge amounts of creative content for their platforms and learning tips and processes to improve their online presence, the SkillsXchange has also helped build the profile of the Prix Italia among young media professionals across Europe at the participants’ organisations.

The project has also provided valuable insight into the needs of Members which will help with developing possible new EBU services to serve and meet those requirements.

“The EBU is a centre of learning and sharing for Members and this successful first SkillsXchange has proved yet another effective and original way of delivering this,” said Media Director Jean Philip De Tender.

“Following this successful first outing there are plans to roll out the SkillsXchange to other EBU events.”