Hackathon held ahead of Eurovision Song Contest in Israel

The very first Eurovision Hackathon has taken place in Tel Aviv with the objective to develop new ways to access and enjoy the broadcast of the Eurovision Song Contest (ESC).

150 projects were presented at the EuroHack's two-day marathon, from teams of Israeli and international developers and start-ups. The event, initiated and led by BLEE Hackathons, took place at Microsoft's new Developer Hub in Tel Aviv on April 4 and 5.

Professional and technological mentors accompanied the teams in coming up with their solutions, and the EBU's Dmytro Petruk from Technology & Innovation also took part as mentor, providing the teams with valuable insights on the Eurovision Song Contest.

10 teams were selected to pitch their solutions in the Grand Final on April 29 with the chance to win tickets to this year’s event in Tel Aviv.

The winning project was Shmueliz with 66 points. The whole score table can be found below. The EBU will explore the option to host more ESC hackathons in the future. 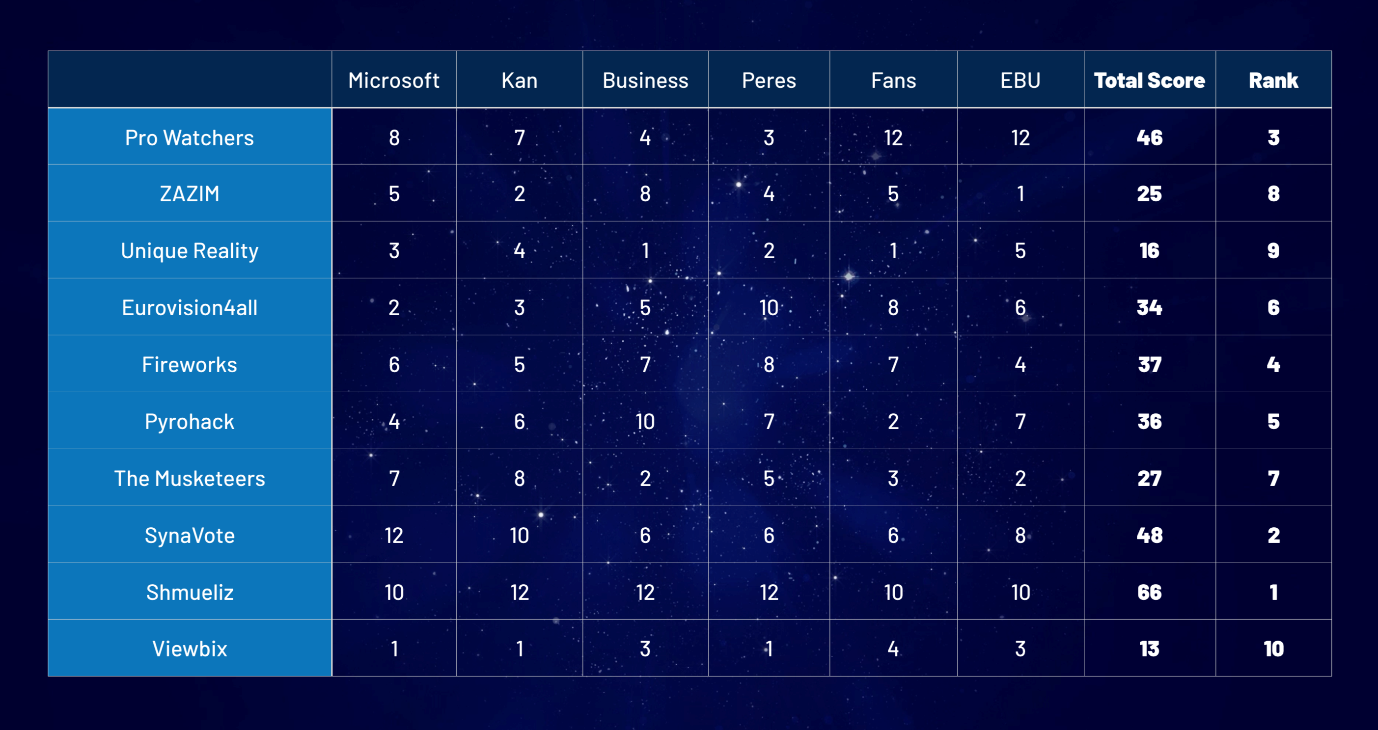