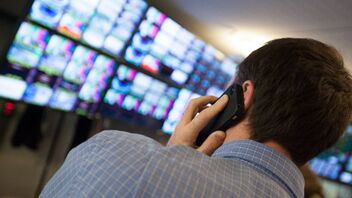 The Trusted News Initiative (TNI) is extending the scope and ambition of its ground-breaking collaboration to fight the most dangerous disinformation worldwide.

At a recent summit chaired by the BBC’s Director General, Tony Hall, the TNI committed to a shared early warning system of rapid alerts to combat the spread of disinformation during the US presidential election.

The TNI is an industry collaboration of major news and global tech organizations working together to stop the spread of disinformation where it poses risk of real world harm.

In the month leading to polling day, partners will alert each other to disinformation which poses an immediate threat to life or to the integrity of the election so that content can be reviewed promptly by platforms, whilst publishers ensure they don’t unwittingly republish dangerous falsehoods.

Alerts will also flag up content that undermines trust in partner news providers by identifying imposter or manipulated content which claims to come from trusted news brands.

At the summit, the TNI also agreed to engage with new verification technology, called ‘Project Origin’, led by a coalition of the BBC, CBC/Radio-Canada, Microsoft and The New York Times.

‘Project Origin’ is a new approach to combating disinformation by detecting the manipulation of content and authenticating the content source.

Whilst brand marks, styles, and other traditional indicators of trust continue to be critical, they are no longer enough to ensure content legitimacy. Altered or synthetic material can at times appear to come from reputable journalistic sources and this can make false or misleading material look credible.

Project Origin attaches a digital watermark to media originating from an authentic content creator, a watermark that degrades when content has been manipulated. Audiences will see a small colour indicator along with a message on the content or in the browser. This is to ensure audiences know the content, such as video, was actually produced by its purported source, and has not been manipulated for other purposes.

This technological approach could potentially give an automated signal warning of manipulated or fake media if it is widely adopted.  The TNI will engage with the prototype, open standards and specification when they are published in September.

Tony Hall, Director-General of the BBC, says: “Disinformation is one of today’s great harms. It can undermine democracy, create division and distort public debate. Tackling it is a pressing priority.

“That’s why it is so vital that TNI is successful. It has had a remarkable start and I’m pleased more organizations are joining the fight against disinformation. In a world of increasing division, working together is the best way to deliver results.

“Some people have tried to turn the term 'mainstream media' into a form of abuse to undermine credibility, but we are on the public’s side and will fight tirelessly to get high-quality journalism to as many people as possible.”

Noel Curran, Director-General, EBU added: “High-profile elections are breeding grounds for disinformation so the need for trusted, factual, evidence-based information to counter what threatens to be a tidal wave of distortion is crucial. The extension of our cooperative framework to the upcoming US presidential election is an essential endeavour and an important commitment from major news organizations to strengthen the context for healthy, trusted news.”

Speaking about Project Origin, Eric Horvitz, Chief Scientific Officer for Microsoft, says: “We’ve forged a close relationship with the BBC and other partners on Project Origin, aimed at methods and standards for end-to-end authentication of news and information.

“We’re enthusiastic about Project Origin and the potential for it to help publishers and technology companies deliver people greater assurance that the content they’re consuming is authentic.

“We look forward to continuing work on the coalition and exploring ways to move Project Origin forward.”

The TNI is also expanding its global network. New partners joining the TNI include Associated Press and The Washington Post.

The TNI cooperative framework has been jointly developed amongst partners, and relates to only the most serious disinformation, which threatens life or the integrity of the electoral process. This is entirely separate from and does not in any way affect the editorial stance of any partner organization.

The Trusted News Initiative (TNI) was set up last year to protect audiences and users from disinformation, particularly around moments of jeopardy, such as elections. The TNI complements existing programmes partners have in place.

In summer 2019 the BBC convened a Trusted News Summit, bringing together senior figures from major global technology firms and publishing.

The TNI agreed to work collectively, where appropriate, to agree collaborative actions on various initiatives. Initiatives include: