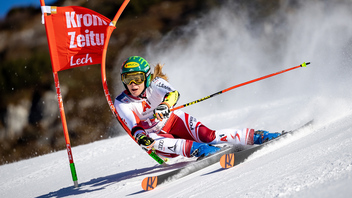 The Austrian Ski Federation (ÖSV) has extended its media rights partnerships with IMG and Eurovision Sport until the 2026/2027 season – an extension of three years on its current deal.

Under the extended agreement IMG will be advising ÖSV on the distribution of their international media rights outside Austria, consequently an agreement has been reached with Eurovision Sport for the exclusive media rights for Europe. Austrian public service broadcaster ORF has the domestic rights.

The original agreement between the parties was until the 2023/24 season and the early extension for the distribution of media rights shows the commitment of all parties to maximize both growth and awareness of Austrian skiing events across both public service broadcasters and digital platforms.

To date, IMG and Eurovision Sport have secured coverage in over 100 countries in Europe and throughout the world including live action for the first time in South Africa, Thailand and South America as well as on planes and cruise ships via Sport24, the IMG-owned and operated 24/7 service.

Under the partnership with Eurovision Sport, audiences in key European markets have grown year on year from 98.5 million total hours viewed (in 12 key countries during the 2011-2012 season) to 124 million last season. The live average market share for Alpine skiing is now over 25% - with Austria and Switzerland topping 40% average market share.

Peter Schröcksnadel, President of the Austrian Ski Federation, said: "We are pleased to be able to continue the proven co-operation with IMG and the EBU beyond the current contract period. By extending the contract, we can guarantee all ski fans worldwide that free-to-air coverage of the highlights of the events in Austria will also be offered in the coming years."

Christian Salomon, SVP, IMG, Germany, Austria and Switzerland, said: “This early new agreement shows the strength of the relationship and the shared vision we have with the Federation to ensure these prestigious events are seen wide and far. We will continue to explore potential new territories and platforms to showcase the crown jewels of the winter sport calendar and are delighted our trusted partner, the EBU, will continue to give high exposure for the races within Europe.”

Robert Portman, Head of Winter Sports at Eurovision Sport, said: “We’re delighted to be able to bring the very best skiing World Cup events to audiences across Europe free-to-air. From the Alpine season opening in Sölden to the season highlight that is Kitzbühel, the night slaloms in Schladming and Flachau and the Finals of the 4-Hills Tournament, these races really are the highlights of the FIS World Cup circuit and, thanks to our partnership with ÖSV and IMG, audiences everywhere will now be able to share the excitement.”

The agreement includes over 40 FIS World Cup competitions throughout the season including alpine classics in Kitzbühel and Schladming as well as the ski jumping competitions of the Four Hills Tournament in Innsbruck and Bischofshofen.