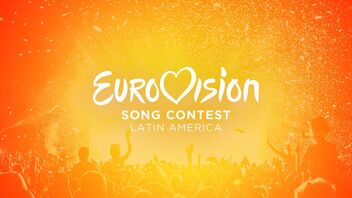 The EBU is excited to announce plans to expand the Eurovision Song Contest brand into Latin America.

The 2022 Eurovision Song Contest generated more than 75 million unique viewers on YouTube across all ESC content in 232 territories worldwide, with Latin American countries among the top-performing markets for non-participating nations. Among those countries, Argentina, Brazil, Chile and Mexico saw the highest content views.

Producers will now begin the search for a host city for Eurovision Song Contest Latin America among the top-performing Latin American markets in the coming months.

NBC’s American Song Contest, which concluded its eight-week run on 9 May, saw an increase in viewers for the Grand Final, during which K-pop star AleXa was crowned the Season One winner. Eurovision Song Contest Canada, co-produced with partner Insight Productions (a Boat Rocker company), is set to debut in 2023.

The Eurovision Song Contest, organized by the EBU, is the world's largest live music event, with over 180 million people tuning in across linear and digital channels in 2022.

During the Grand Final, audience shares in 40 markets routinely double primetime viewership on participating networks, and among 15 to 34-year-old audiences, the viewership is quadrupled.

The Contest has launched the global careers of a wide variety of artists, including most recently Italian winners Måneskin as well as Celine Dion, ABBA, Julio Iglesias and numerous others.

Voxovation, formerly ASC, Inc., represents the expansion of the Eurovision Song Contest franchise into untapped markets by identifying new production and broadcast partners, as well as the exploration of new revenue streams, including digital platforms. Led by CEO Peter Settman and Greg Lipstone, President and COO, Voxovation brings together some of the top global minds in entertainment, music and television, including Christer Bjorkman, who famously performed on the Eurovision Song Contest and later became one of its longest-running contest producers; Anders Lenhoff, one of Europe’s top creative producers; and renowned television and mega-event producer, Ola Melzig. With operations based in Los Angeles, Voxovation simultaneously elevates the legacy of the Eurovision brand while maintaining local cultural representation with the same entrepreneurial integrity established by the principals.