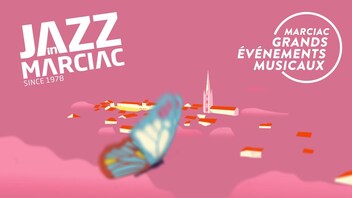 Originally planned to be held this summer, the next Euroradio Jazz Competition (EJC) finals will take place during the 2021 Jazz in Marciac Festival, in partnership with Radio France/France Musique and with the kind assistance of Alex Dutilh (SRF) and EBU Jazz Producers' Chair, Markus Partanen (YLE).

This event is aimed at encouraging and promoting young jazz musicians and ensembles through broadcasts by EBU Members and by giving them the possibility to perform on stage at international festivals, thus bringing them to the attention of a wide audience of enthusiastic listeners on the spot and on the airwaves.

EBU Members submit recordings from the two previous years by one ensemble of no more than five musicians, with the average age of the musicians not to exceed 30. The Semi-Finals are made up of two rounds, Phases One and Two, during which the EBU Jury selects the four finalists.

Each of the four finalist ensembles then compete during a public set (maximum duration: 40 minutes) for the Euroradio Jazz Competition Grand Prix, awarded by a five-member Grand Jury made up of EBU, Radio France/France Musique and Jazz in Marciac representatives and well-known jazz musicians. The Grand Jury will also designate one of the performers as Soloist of the Year.

Getting on board the very best elements of each country's young jazz scene and gender balance constitute high priorities for the EJC.