A fun series of short films featuring three teenage pranksters who share a super-power: they can alter the fundamental laws of physics!

In a completely original spin on science education, we’re going to do physics as it’s never been done before. Quarx is a prank show designed to captivate the YouTube generation and communicate the principles of physics.

The series of short (5 & 11 min versions) features a trio of teenage pranksters. These are no ordinary kids – they have a very special super-power: they can alter the fundamental laws of physics! Like Chronicle or Cloverfield the short films will be shot hand-held to feel like home movies and use extensive computer graphics to show the outrageous consequences when our characters meddle with the laws of nature.

What happens if you get rid of friction? Or make someone as heavy as a neutron star? Or even use a tornado to make ice-cream? Each “prank” will be played for comedy with seamless CGI bringing to life the craziest thought experiments in a lively way that kids from every country will not only enjoy, but will want to share with the most important people in their lives – their friends.

Quarx is truly international, made to entertain tweens wherever they live. The pranks themselves have a universal appeal and work because they’re visual – at the heart of Quarx is the ability to communicate scientific ideas in incredibly visual, and amusing, scenes that will have cross-cultural appeal. Further the shows are easily versioned for different languages with the stories driven by a voiceover from the lead character, instead of relying on dialogue.

After 20 years making top-rating science programmes for the international market, Jasper James has earned a reputation for delivering highly original ways of tackling science and in particular for using entertainment as a way to spread factual content. He also has unparalleled experience in using photo-real CGI to create scenes that feel like documentary but are in fact completely impossible (e.g. Sea Monsters that featured a time-travelling zoologist!) It is this combination of CGI skills and a highly original approach to the subject matter that allows Screen Glue to do what few other companies could do. 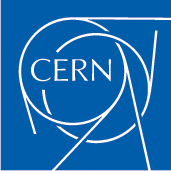 Children and youth
Science and knowledge

Developed with the support of
Eurovision TV Development Fund, CERN