What sort of program, what types of drama do reach the very young radio listeners best? Experts in children's programming discussed this issue in Bratislava at the occasion of the 2012 Prix Ex-Aequo, the international festival and competition of radio drama productions aimed at children and young people, organized by Radio and Television Slovakia (RTVS). 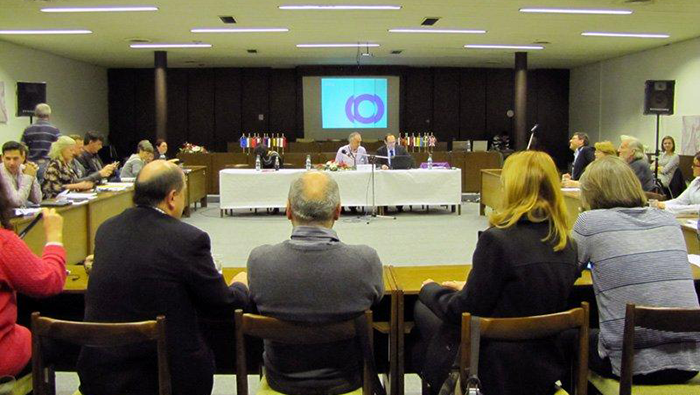 Nowadays the competition in order to catch the awareness of children is tough: not only social networks are "eating" a lot of time, but also listening to music on different devices or platforms is heavily time consuming, also playing mobile games or using other digital applications. So what about the relevance of radio for children and youth? Well, the known statistic figures show that the "old" medium radio does not do too bad. Thanks to radio drama experts like Doreen Kanter from Swedish Radio (SR). In her presentation at the one-day workshop in the pyramid shaped radio building in Bratislava, she stressed the importance of Radio Drama aimed at Children and Young People. As Children are the listeners and the decision makers of tomorrow, it would be foolish to ignore them, she told her audience of around 25 children program editors, dramaturgs and authors. In the field of Radio Drama, SR is for instance putting together close partnerships with schools and institutions working in suburbs.

EBU Members' representatives used this workshop as a unique chance to exchange and share practical skills in children's programming. The event was opened EBU Head of Radio Christian Vogg, who presented the new Media Unit, as well as the EBU Community, the online platform that enables members to share, communicate and exchange.
RTVS presented the activities of its regional diverted Children's Radio Drama Group and the Children's Choir, created in the 1950's. Looking back to this long tradition gives strong confidence of the worth of radio drama especially for and also made by children. This training is also useful when someone does not stay in the media: One of the early participants of the Slovac Children's Drama Group is for example today major of Bratislava. He uses his drama skills now in politics as he pointed out in an interview.

Going where the Children are ....

Tobias Gehle from WDR Germany presented KIRAKA, the "Kinder Radio Kanal". This radio is available online at www.kiraka.de, on DAB and still has slots on FM. Kiraka has gone through a thorough rebranding process, so that young listeners can start to identify with it.

And the Winners are...

As mentioned the Workshop took place during this year's Prix Ex-Aequo drama competition. The jury listened to dozens of dramas. In the end they decided the winners were :

The Jury Report for the Category - Radio Plays for Children

The Jury Report for the Category - Radio Plays for Youth