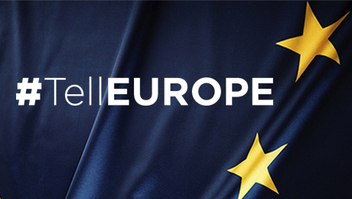 The Eurovision Debate will be broadcast in 24 languages via TV, radio and websites throughout the continent.

Eurovision will make broadcasting history on 15 May by producing and delivering the first ever live televised debate between candidates to be the next President of the European Commission.

The Eurovision Debate will take place in front of a live studio audience in the European Parliament plenary chamber, in Brussels, under a strict set of rules that reflect the PSM Values and Editorial Principles adopted by the European Broadcasting Union membership.

15 May: A 90-minute, live TV debate between the contenders to be the next president of the EU commission.

Language update: The Eurovision Debate will be broadcast in 24 languages via TV, radio and websites throughout the continent. Ska Keller, Martin Schulz and Guy Verhofstadt will debate in English, while Alexis Tsipras will speak in Greek, and Jean-Claude Juncker will participate in French.

In order to be invited to participate in the Eurovision Debate, candidates to the European Commission presidency must fulfill the following cumulative criteria:

ii.             Group of the Progressive Alliance of Socialists and Democrats in the European Parliament;

#TellEUROPE
Join the debates and share your opinions about European issues on: