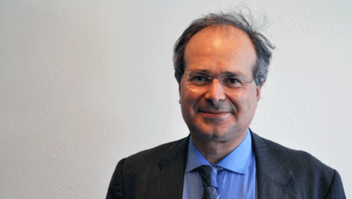 United Nations Secretary-General Ban Ki-moon, through the Internet Governance Forum (IGF), has appointed the EBU's Head of Institutional Relations, Giacomo Mazzone, as one of 18 new members of its Multistakeholder Advisory Group (MAG).

The MAG is a multistakeholder forum with representatives from governments, the private sector, civil society and the technical community, which advises the UN Secretary General on Internet governance matters.

The EBU has held a seat on the MAG on behalf of the World Broadcasting Unions (WBU) since its inception in 2003.

Mr Mazzone believes that 2014 will be a crucial year for the future of Internet governance, as radical new proposals are expected at next April's summit, in Brazil, following the Edward Snowden affair.

Mr Mazzone said: "Broadcasters are expecting clear mechanisms to be put in place on how to deal with the increasing amount of TV and radio signals circulating over the Internet. Currently this circulation poses problems in terms of copyright, of financing of original production, of authors’ rights, of privacy, of child protection and many other issues. Presently, there is no other place where these problems can be discussed and resolved and we hope that the IGF MAG role will evolve from a 'think tank' to a labratory where proposals and possible solutions can be found."

The EBU hosted last year's MAG meeting at its headquarters in Geneva, and contributes every year to the worldwide coverage of the IGF's annual event through its WorldFeed and WorldLink feeds.

Mr Mazzone will take EBU President Jean-Paul Philippot's seat on the committee, who has held it since 2009.