eEvidence proposal: Council must do more to reach a compromise 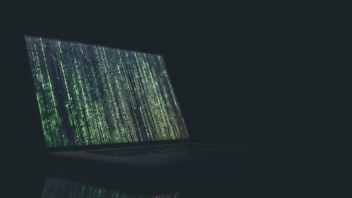 The EBU in coalition with 17 professional associations, civil society groups, media and journalists’ organizations, published comments on the Council’s reply to the European Parliament's compromise proposals on the eEvidence proposal.

The eEvidence proposals have been subject to intense debates with all stakeholders as well as lengthy and difficult negotiations between legislators. Following the impasse in the trilogue negotiations, the Rapporteur, Ms Sippel, presented a few months ago a compromise package to the European Council in an attempt to pave the way towards an agreement. While we welcomed the rapporteur's efforts to find a balanced compromise guaranteeing fundamental rights, we expressed reservations regarding some proposals of the package, notably on the notification procedure for subscriber data and other identifiers.

Having seen the Council's reaction to the European Parliament's compromise proposals of 17 March 2022, we regret to note that the Council Presidency and Member States are far from making the same efforts as the Rapporteur to work jointly towards a balanced compromise. The Council refuses to make any useful concessions on key issues such as the notification procedure, the residence criterion, grounds for refusal or legal remedies.

We therefore urge the European Parliament to maintain its original approach and not to cede to pressure from the Council. The rapporteur has already yielded on some key points of the report. More concessions would lead to disproportionate impact on the work of journalists, the protection of sensitive health data, the freedom to protest and the right to a fair trial (see our compendium of scenarios ) and would confront the providers with various legal uncertainties.

The protection of  fundamental rights should not take a backseat to efficiency in cross-border investigations. 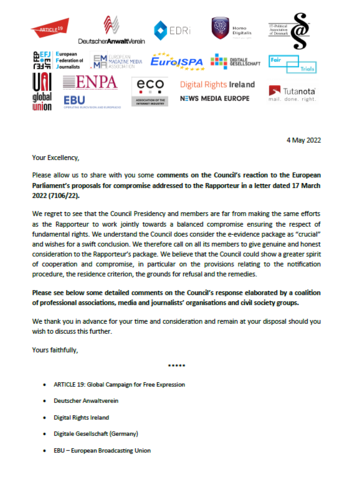