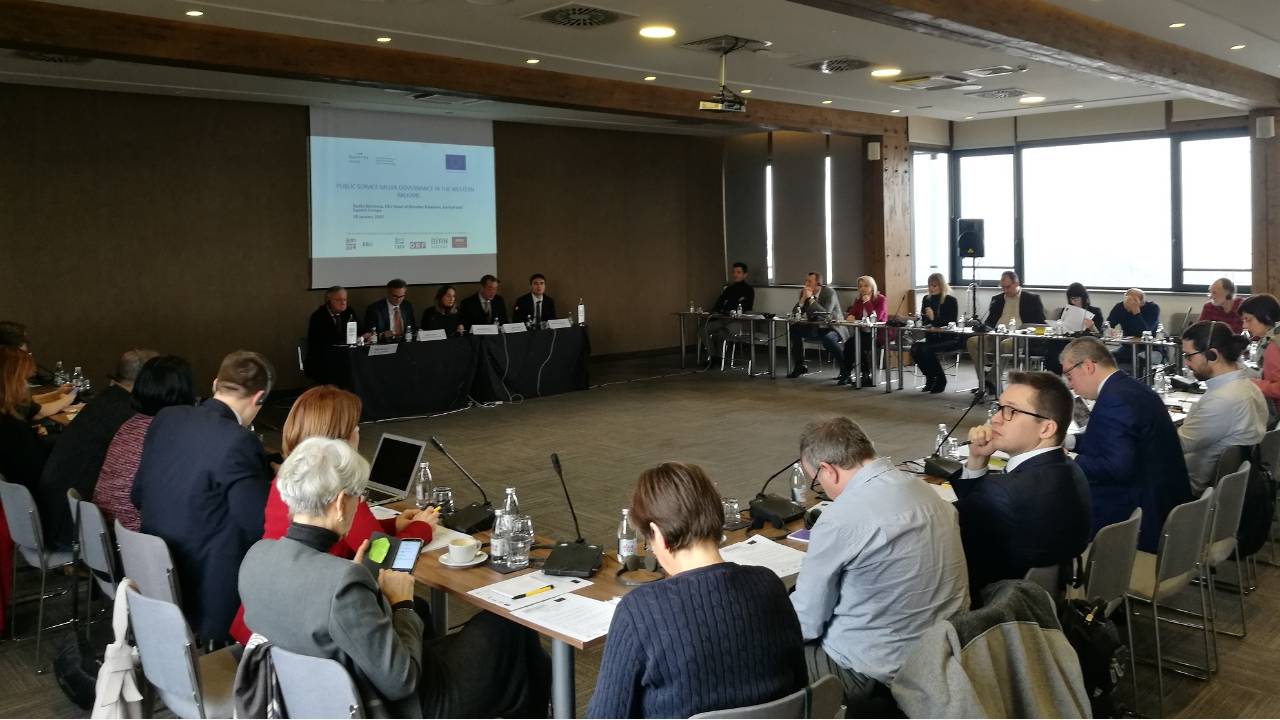 Representatives of parliaments, regulatory authorities, PSM governance, senior management, and the civil sector in the Western Balkans have adoped a set of common principles on public service media (PSM) governance.

At a conference in Belgrade, delegates from Albania, Bosnia and Herzegovina, Kosovo, North Macedonia, Montenegro, and Serbia agreed on a set of principles based on both European standards and the concrete challenges and practices in the Western Balkans region.

The focus is on the independence and de-politicization of PSM governing bodies and the need for an open and transparent process for the election of governing bodies' members. The principles stress the importance of a clear separation of powers between supervisory and managerial bodies, and their professional, transparent and accountable functioning. Participants acknowledged the need for strenghtening communication with the audience and engagement in proactive public diplomacy.

EBU Head of Member Relations CEE Radka Betcheva says that, while this is not a legally binding document: "It is very encouraging that it is strongly supported by the key stakeholders from the six Western Balkans countries present at the conference.

"Participants have demonstrated a clear will to promote and implement these principles. They have underlined the relevance of the principles and the challenges they address and see them as a useful tool to assess and improve PSM frameworks and practices."

The work on the principles carried out by the EBU and ORF experts is in the framework of a project funded by the European Commission and implemented by a consortium of partners including EFJ, IFJ, ERNO, BIRN, ORF and the EBU.

The adopted principles are going to be sent to parliaments, governments, regulatory authorities, civil sector and PSM in the six countries. The conference has elected focal points in each country to establish how the princples are being implemented in practice.