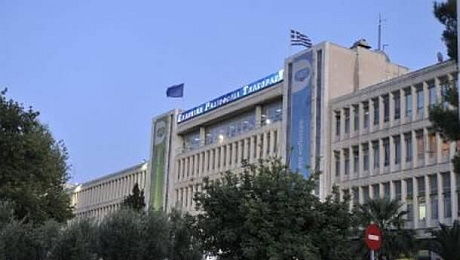 Today the European Broadcasting Union (EBU) expressed profound dismay on behalf of Europe’s entire public service media community at reports that ERT – a founding Member of the EBU in 1950 – has been shut down with immediate effect. Emergency powers granted to the Finance Minister and the competent Minister have been used to stop ERT’s transmissions, leaving Greek citizens wishing to watch ERT programmes in front of black screens.

In a letter sent today to the Greek Prime Minister, Antonis Samaras, the President of the EBU, Jean Paul Philippot and the EBU Director General, Ingrid Deltenre urged Mr Samaras  “to use all his powers to immediately reverse this decision”.

The existence of public service media and their independence from government lie at the heart of democratic societies, and therefore any far-reaching changes to the public media system should only be decided after an open and inclusive democratic debate in Parliament – and not through a simple agreement between two government ministers.

In the letter, the EBU stresses the importance of public service media as an essential pillar of democratic and pluralistic societies across Europe.

The EBU President and DG go on to highlight that “While we recognize the need to make budgetary savings, national broadcasters are more important than ever at times of national difficulty. This is not to say that ERT need be managed less efficiently than a private company. Naturally, all public funds must be spent with the greatest of care.”

The EBU is on standby to offer its knowledge of Europe's public service media to provide the advice, assistance and expertise necessary for ERT to be preserved as a true public broadcaster in the European mould.

In 2012, the public service broadcaster increased its market share by 12 per cent on 2011.  This is remarkable, as ERT has been able to increase its market share despite its declining budget.

Messages of Support for ERT

EBU Petition: Get ERT back on air!