The EBU is to take part in a new EU-funded project to strengthen public service media (PSM) in Albania, Bosnia and Herzegovina, Kosovo, FYR Macedonia, Montenegro and Serbia.

EBU Head of Members Relations and Eastern Europe Radka Betcheva, who managed a pilot project to assist PSM in the Western Balkans in 2013-2015, says that the launch of this new EU-funded project comes at a crucial moment and will help build on the success of the pilot project and the EBU Partnership Programme, which has been supporting EBU Members in need since 2009.

"Public service media in the Western Balkans are still highly vulnerable to political interference. This project will deliver the urgent assistance they need to undertake an audacious reform agenda and adapt to a rapidly changing media environment. It also ensures that we gain the momentum from the previous EU-funded support projects and the EBU Partnership Programme", said Betcheva.

The EBU will cooperate with five other media organizations to develop the “Technical Assistance to Public Service Media in the Western Balkans” project, which will be led by the International Federation of Journalists (IFJ) and will receive dedicated EU funding. The European Federation of Journalists (EFJ), Austrian public broadcaster ORF, the Balkan Investigative Reporting Network (BIRN) and the Office of the Eurovision News Exchange for South-East Europe (ERNO) complete the project consortium.

EBU Director General Noel Curran said: "I am delighted that we succeeded in the EU call for technical assistance for PSM in the Western Balkans together with our Consortium partners. This will provide crucial help for the reforms of PSM in this region, promote the exchange of best practices and deepen our cooperation with the EC."

The project aims to strengthen the independence, accountability and programming output of PSM organisations in the Western Balkans region by building synergies between the six beneficiary organisations and addressing three interlinked priorities:

The EBU will support the project in several different ways, with a specific focus on identifying best practices and advocating solutions for PSM funding, governance and regulation, as well as implementing management reform, supporting regulatory bodies and channeling the experience of other EBU Members into the Western Balkans region. 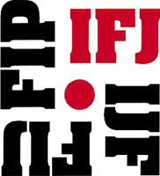