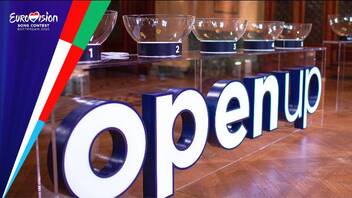 With just over 3 months to go until the Eurovision Song Contest begins, the line-up for this year’s Semi-Finals have been decided by a draw, broadcast live online, as a part of the traditional Host City Insignia Ceremony.

An allocation draw was then held to determine in which Semi-Final each participating broadcaster will perform in the hope of qualifying for the Grand Final.

10 countries from each Semi-Final will progress to join 6 pre-qualified countries in the Grand Final on Saturday 16 May.

France, Germany, Italy, Spain, the United Kingdom (the ‘Big Five') and host country, the Netherlands, automatically qualify for the Grand Final, however they are each required to broadcast and vote in one of the Semi-Finals.

Jon Ola Sand said of the event: "The Allocation Draw marks an important day in the Eurovision calendar and we are excited to be here in Rotterdam counting down the days to May when we will welcome all participating artists to #OpenUp at the 65th Eurovision Song Contest."

The 2020 Eurovision Song Contest will take place on 12, 14 and 16 May in Rotterdam, Netherlands. For more information, visit Eurovision.tv

This year’s line up in alphabetical order, together with the participating EBU Member or Associate, is as follows

First Semi-Final (To be broadcast on 12 May)

Second Semi-Final (To be broadcast on 14 May)

The Insignia Ceremony and Semi-Final allocation draw were broadcast live on NPO, on the official Eurovision website and the official YouTube channel.

*Since 2004 digame has been the official voting partner of the European Broadcasting Union (EBU) and responsible for the centralized televoting via telephone, SMS, MHP and for the official Eurovision App, which has been developed by digame mobile. Drawing from different pots is a method practised by the Eurovison Song Contest.