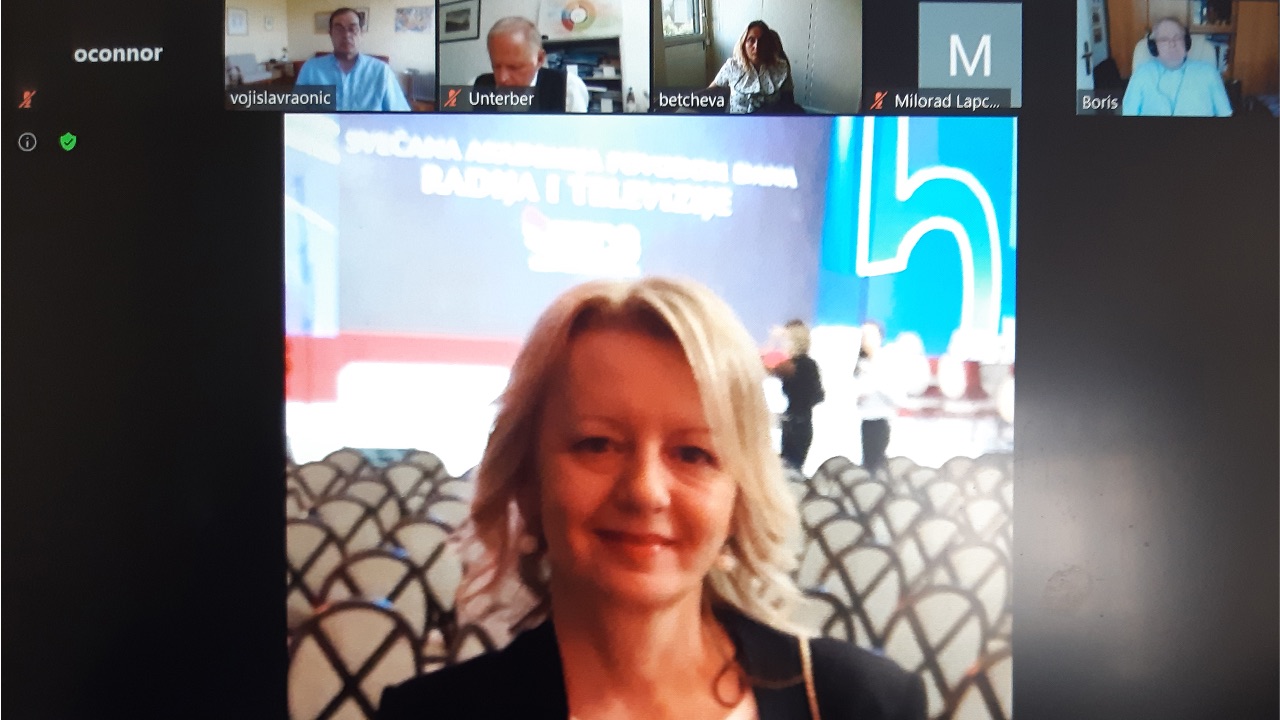 An online conference assessing the implementation of the EC funded project for Technical Assistance to Public Service Media in the Western Balkans has concluded that all six Member beneficiaries were positively impacted by the two-year project.

The conference brought together top management and representatives of PSM from Albania, Bosnia and Herzegovina, Kosovo, North Macedonia, Montenegro and Serbia, media experts, representatives of DG NEAR and Consortium partners. The aim of the conference was to take stock of the implementation of the two year project for support of PSM in the Western Balkans, which is implemented by a Consortium of partners - the European Broadcasting Union (EBU), International Federation of Journalists (IFJ), the European Federation of Journalists (EFJ), the Austrian Public Broadcaster (ORF), the Balkan Investigative Reporting Network (BIRN) and the Eurovision News Exchange for South-East Europe (ERNO).

The EBU has provided valuable assistance in key areas of PSM functioning such as funding, governance, management reforms and audience research. With the help of EBU experts Boris Bergant, Radka Betcheva, Richard Burnley, Michael Wagner and ORF Josef Lusser, two sets of Common Principles on PSM Funding and PSM Governance have been adopted by PSM, representatives of civil sector, parliaments, regulatory authorities and other relevant stakeholders. The EBU has supported PSM management reforms by providing in depth analytical reports, strategic assistance and tailor made capacity development activities in human resources, programming, business planning and budgeting, and other key areas.

The PSM managers praised the project and pointed out the concrete benefits and outcomes which had impacted the PSM environment, framework and functioning and helped raise awareness among all relevant stakeholders about the role and importance of PSM in society.

Head of the Unit of WB Regional Cooperation and Programmes at DG NEAR Colin Wolfe said that in the past two years, the programme has shown a huge engagement in taking steps toward building more professional, more independent, and more accountable and sustainable public media.

He also reminded participants that this programme has played a significant role in the context of EU accession of Western Balkans countries. “Fundamental freedoms and freedom of expression, as well as the independence of the media are crucial in becoming a member states of the European Union, and in that view, the work done to reform the public broadcasters has always been a long standing priority”, Wolfe said.

The conference discussed the challenges for PSM during and after the COVID 19 crisis. Head of Public Value at Austrian public broadcaster ORF, Klaus Unterberger shared ORF's experience and lessons learned from the crisis  and showed the importance of building trust with the audiences.

Director of Member Relations and Communications at the EBU Vanessa O’Connor presented the exceptional efforts which the EBU has taken to support its Members thorough proactive close cooperation, online activities, and content exchange. She emphasized the EBU's readiness to continue its support to Members with the forthcoming challenges.

The two year project ends at the end of July. All participants and the representatives of DG NEAR agree on the importance of this project being continued.