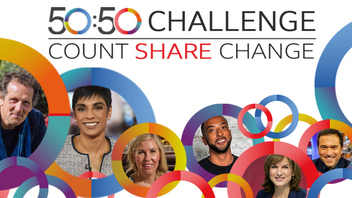 The EBU is joining the BBC’s 50:50 initiative. The 50:50 Equality Project is committed to inspiring organizations across the globe to consistently create journalism and media content that fairly represents our world.

The initiative originated in the BBC’s London newsroom and uses data alongside creativity and practicality to try and rebalance representation in the media.

The EBU is pledging to work towards gender parity across all its events, beginning with the Media Department who will be looking to boost the number of female panellists to 50:50 across radio, television, digital and news events.

“As an organization we want to lead by example and ensure that our events represent society in all of its diversity. We believe this cultural change can only enrich our output and deepen our discussions.

“We’d like to encourage other media organizations to take up the 50:50 challenge to deliver lasting change.”

15 EBU Members* are already part of the 50:50 challenge. In a recent survey, data from the Members involved revealed that almost 30% had now reached gender balance (as compared to just 6% when they joined the project).

71% of those featured now have at least 40% female representation in their content. In contrast, before joining, only 35% had reached this target.

BBC Creative Diversity Lead Nina Goswami, who heads the 50:50 Project, said: “The EBU joining 50:50 as an organization sends a clear message of its commitment to achieving gender balance.

"We are so pleased to have the EBU leading by example, and hope this inspires other EBU Members, public service media and organizations to join our efforts to create content that better reflects our world.” 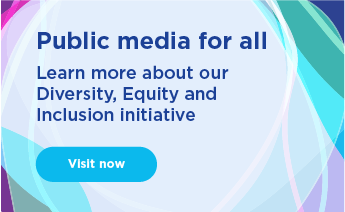