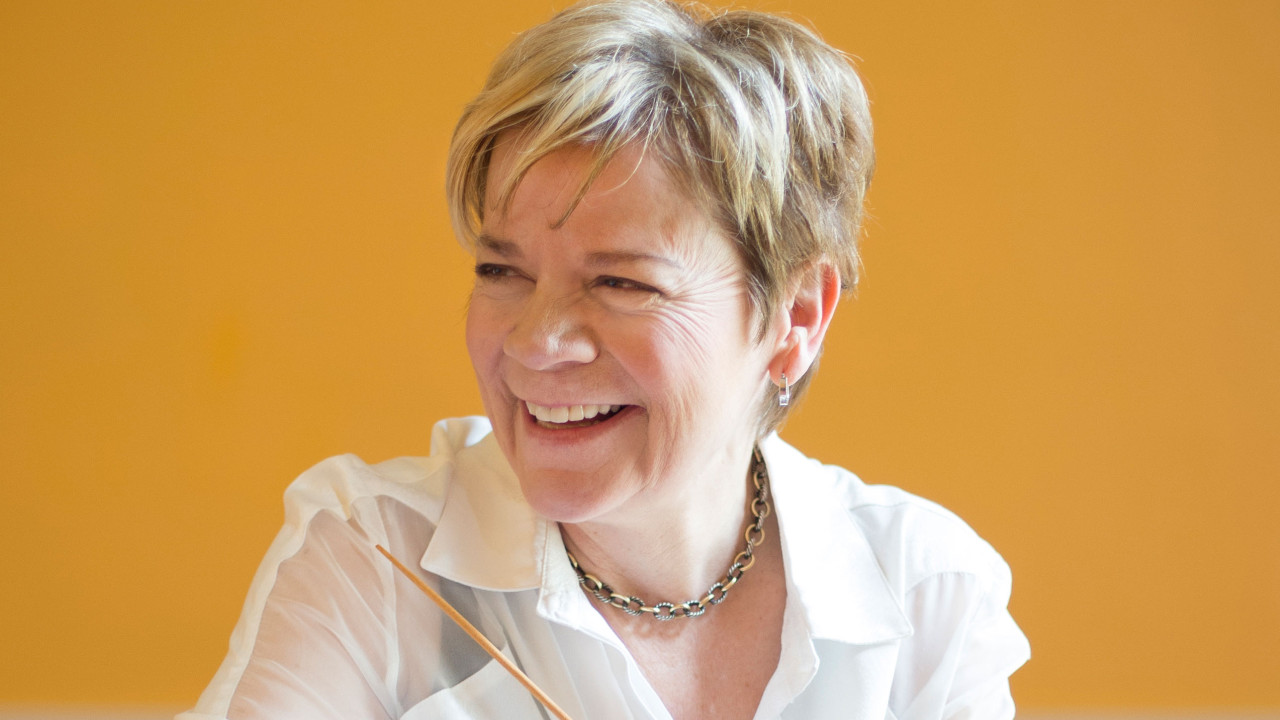 For the first time ever, the EBU Music community has launched Women In Music Days, in conjunction with UNESCO's International Women's Day on 8 March.

To highlight the achievements of women composers and musicians in all genres on or around the day, EBU radio channels are programming events celebrating women’s contribution to music, sharing first-class and diverse musical content, as well as other features related to women. Follow #WomenInMusicDays.

400 radio stations in 40 countries have already signed up to support the Women In Music initiative, of which over 200 are in North America alone.

A complete list of participating radio channels can be found here.

HERE'S WHAT PEOPLE ARE SAYING ABOUT WOMEN IN MUSIC

Marin Alsop, Chief Conductor of the Vienna Radio Symphony Orchestra: ‘It is gratifying to see that my efforts towards a successful career as one of the first women conductors can have a big impact on younger generations who share the same passion. When I started, most people didn’t believe I would ever achieve my dream. Today women are undoubtedly on their way taking positions that have been out of reach for centuries. Positions, they are entitled to achieve, just like their male colleagues.  Of course there is still more work to do: more glass ceilings have to break; archaic prejudices have to be overcome; structures have to change; and power has to be shared. This is why I started the Taki Concordia Conducting Fellowship in 2002. I realized that if I didn’t try to impact the landscape, who would do it? Please join us and be a part of the change!’

Tony Hall, Director-General, BBC, and EBU President: ‘This landmark EBU initiative marks the coming together of public service media organizations to really celebrate the incredible contribution of women to music – a contribution which has too often been unrecognized and under-valued in the past. Representing society in all its diversity is a core tenet of public media, ensuring we properly reflect the communities we serve. This initiative is fundamental to that aim and has the potential to initiate new conversations, ask pertinent questions about female representation, and ultimately promote gender equality at all levels.'

As singer Neneh Cherry said to Laurent Marceau (EBU, Euroradio) on 21 October 2019: 'I think that we still have a lot of mountains to climb. Having said that, there’s also an incredible amount of glorious women just coming back the other way.'

Composer Hannah Kendall, who will write the EBU@70 Overture, inspired by Beethoven and to be premiered in August 2020 by the European Union Youth Orchestra: 'We must continue to actively support, highlight and celebrate the brilliant work of women music creators until we achieve balance and equality in the industry. A diversity of voices leads to a broader range of stories that reach and can speak to a wide group of people, engaging listeners in a spectrum of sound worlds that can impact their lives in meaningful ways.’

Noel Curran, Director General, EBU: 'The Women In Music Days will celebrate women’s achievements as composers, as songwriters, as performers and artists. And not before time. Despite women’s achievements across all music genres and specialisms, real barriers to female access and inclusion remain. We are committed to working together with the music industry to promote fairness, diversity and inclusion – for the benefit of everyone.'

Pauline Black, lead singer with The Selecter, remarked to Euroradio's Laurent Marceau on 29 September 2019: 'These days, I think a lot more women are engaged in music but it needs women engaged at all levels, not just singers fronting bands and things like that – but in production, in the record companies, and people going out and looking at bands, nurturing bands and bringing along song writers in certain ways.'

Sofi Jeannin, former Radio France Chorus Director and now Chief Conductor of the BBC Singers, says that for women to become interested in conducting, 'they need to see models. [...] You have to have training encouraging women to take this on, but you also need to see women at the head of ensembles so that young girls can imagine this as a future possible profession.' (SM/2020/02/14/01)

Martina Batič, who succeeded Sofi Jeannin as Radio France Chorus Director, adds: 'It's the qualities themselves of a conductor that are important. It actually shouldn't matter if it's a man or a woman.' (SM/2020/02/14/01)

Clara Marrero, General Manager of the Berlin Radio Symphony Orchestra, believes that having women in music management positions is not about gender. 'This is about diversity and different opinions, and it's something that's starting to be taken as normal. Of course, it takes time. [...] I think people are more aware of this than before.'

LOOK WHO'S ALREADY IN

The following EBU broadcasters have indicated their participation:

To help broadcasters plan their programming and disseminate their message more widely, the Music Unit has made a variety of resources available to EBU radio organizations, including an extremely valuable list of women composers prepared by the BBC as well as Broadcast Guidelines, a Toolkit and a set of slides on Women In Music prepared by the EBU's Media Intelligence Service (MIS). For more general information on corporate guidelines and best practices on gender equality, there is All Things Being Equal, the report commissioned by the EBU Executive Board, under the leadership of BBC Director-General Tony Hall.