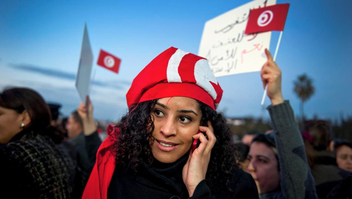 Will developments in Tunisia bring valuable insight for those other countries which witnessed the Arab Spring and which are now attempting a transition towards democracy?

In 2011, the EBU Partnership Programme helped Tunisian broadcaster ETT arrange for the first time coverage of multiparty elections, changing its image in the process from the voice of the ousted Ben Ali regime to a trusted, credible and impartial source of news. But the most recent developments in Tunisia also show the fragility of democracy and how fast ground gained for media freedom and pluralism can be lost.

Can the Arab spring benefit media freedom and pluralism on the long term? To which degree have public service media managed to gain independence from State control in the newly established democratic regimes of the Arab world? What role has been played by foreign media and how can they further help anchor democratic principles in an extremely fragile environment?

The EBU invites you for first hand insight and discussion on these issues with Belgian MEP Véronique de Keyser, Vice President of the Group S&D in the European Parliament, who has been very active in supporting the democratization  process of the Arab Spring and who was one of the international observers of the 2011 Tunisian elections, and Mokhtar Rassaa. Mr Rassaa, President and Director General of Tunisian television during the crucial transition year of 2011,will share his personal experience on his time in office, the media landscape in Tunisia and his views on the most recent developments.