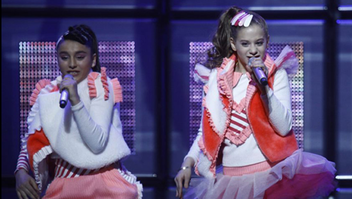 The 10th anniversary of the Junior Eurovision Song Contest will take place on the 1st of December, 2012, in Amsterdam, The Netherlands. AVRO won the honour to host the competition after a bid.

Candy from Georgia was chosen as the winner of the 9th edition of the Junior Eurovision Song Contest held on the 3rd of December, 211, in Yerevan, Armenia. The event was a coproduction by the European Broadcasting Union (EBU) and Armenian public broadcaster AMPTV. Candy from Georgia received a total of 108 points with their song Candy Music. The Netherlands finished second with 103 points and Belarus finished third with 99 points.

The aim of the Contest is to promote young talent in the field of popular music, by encouraging competition among the child performers. All contestants must be aged 10 to 15 years old on the day of the contest. They must have written and composed the song themselves.

The first Junior Eurovision Song Contest (JESC) took place in Copenhagen (Denmark) on 15 November 2003 and was an instant international hit. Since then it has taken place in Lillehammer (Norway), Hasselt (Belgium), Bucharest (Romania), Rotterdam (The Netherlands), Lemesos (Cyprus), Minsk (Belarus) and Yerevan (Armenia).