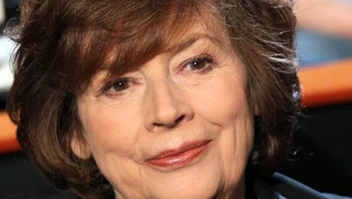 WEM will become an annual forum for women media executives to network and share professional experiences, and work towards achieving greater influence in their sector.

"The media both reflects and create socio-cultural realities, and is a powerful force in shaping public opinion and culture; but women are still badly underrepresented in the upper echelons of the sector. I wanted to enable women media leaders to meet face to face once a year to share ideas and experiences. WEM is about bringing together media professionals with similar profiles so that we can learn from each other and be proactive about gender equality in the media". said Ms Deltenre, EBU Director General

French political journalist, Michèle Cotta, formerly president of Radio France, director-general at France 2, and news director at TF1, will be the guest of honour.

The Women Executives in the Media network (WEM) is intended to promote exchanges and discussions among women media professionals.

Set up in 2013 on the initiative of the European Broadcasting Union, WEM provides a forum for women media executives to meet, exchange and support women’s experiences, opportunities and influence in the media industry.

More about the Women Executives in Media (WEM) network