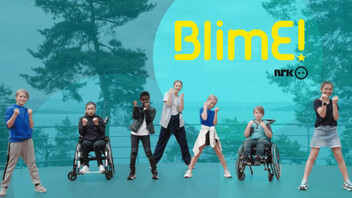 You can now watch the video clip of the international version of the song here.

Every year, NRK Super and children in Norway stand together with one clear message for a whole week: ‘Say hi, be a friend to someone!’. They produce creative content and experiences that promote one full themed week, featuring a common song and choreography for all children in Norway to join the campaign. Meanwhile, every year VRT’s Ketnet appoints two celebrities as the main ambassadors of the campaign called Move Against Bullying. They sing a newly written theme song which has its own music video and an easy-to-follow dance routine. VRT also produces accompanying content items and experiences through which children can join in the campaign.

The question is now, could we combine our efforts to make this experience happen on a European level, to promote friendship and kindness in schools and to stand up against bullying?

With the #SayHi Campaign - EBU Kids International Friendship Initiative, our aim is for as many children as possible in Europe to simultaneously take part in a dance symbolizing inclusion and friendship, facilitated by their respective public broadcasters.

We would like this to be a high-impact, visible campaign that every single child knows about in the countries and regions covered by participating Members – and even beyond. We therefore want to give broad media coverage to this dance by creating an entire week dedicated to activities promoting the message as well as by plugging celebrities and sending ambassadors to various talk shows or radio stations, or having them feature in print magazines – at both local and European level.

The participating broadcasters agree to coordinate a series of elements (a common week and date, a common song and choreography, a shared visual icon, coordination with local partners within the timeline agreed to make the project happen). Each broadcaster will still be able to freely decide how to cover the campaign and what content to produce before, during and after the simultaneous event.