PLOUD made LUFS in Vienna 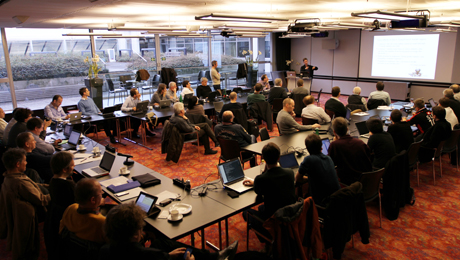 What do you get when you put 43 audio experts in a room? Lots of LUFS!* That was certainly the case last week at Austrian broadcaster ORF, which hosted the 13th EBU PLOUD meeting. EBU Member and manufacturer representatives from across Europe shared their latest experiences on the use of EBU R 128 – the world-class Loudness Recommendation.

The first day of the meeting was entirely dedicated to radio. Now that EBU R 128 has become well-established in television, the question has been what role it should play exactly in radio. The group unanimously decided the best approach is to start implementing R 128 in radio production, which has, for example, already happened for a large part of Radio France’s operations. Besides that, PLOUD will focus on the use of R 128 in digital radio distribution platforms and the study of some questions related to analogue distribution.

A point of concern was raised with regard to the current implementation of R 128 in television. Several stations are using loudness processors that are always switched on, instead of being set to bypass for material that has already been normalized. This practice can easily lead to ‘denormalization’, breaking the whole loudness approach and severely reducing the channel’s audio quality.

A good moment to learn more about the best ways to implement loudness normalization will be at the EBU Production Technology Seminar, where Tonmeister Florian Camerer will give a 2-hour loudness tutorial packed with the latest from the field. 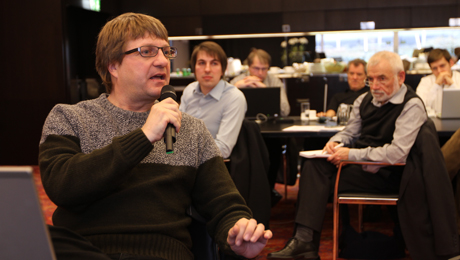 *LUFS is the unit that is used to express loudness levels on an absolute scale.