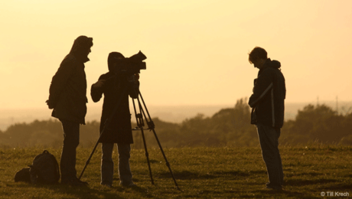 The European Audiovisual Industry strongly rejects the de facto inclusion of audiovisual services in the Transatlantic Trade and Investment Partnership with the US (TTIP). The undersigned organisations express their deep concern and dismay at recent proposals made by EU Trade Commissioner De Gucht on the subject of audiovisual services and the negotiation mandate for TTIP.

In a purely tactical move the European Commission has recently proposed the introduction of so called ”red lines” into the negotiating mandate laying down certain parameters allegedly safeguarding Europe’s audiovisual sector. However, with this proposal, European audiovisual policy would clearly be included in the "negotiation mass". This "exclusion through inclusio"' approach would greatly put at risk autonomous regulation in Europe.

What is really at stake is Europe’s capacity to handle the transition to the digital economy and an online market place which today is completely dominated by American giants such as Amazon, Apple iTunes, Google or Netflix. This encompasses a wide range of policy fields.

With the inclusion of audiovisual services in the negotiation, the European Commission is clearly expressing its intention to make commitments for online audiovisual services in the TTIP. On 23 May 2013, Trade Commissioner De Gucht stated to the European Parliament: "No one will touch the existing quotas or the necessary policy space to adjust our policy in view of the technological change; but, on the other hand, we do not believe there could be a serious argument in favour of increasing such space, for example by reserving the right to forbid foreign movies and TV programmes, for example, on video-on-demand services."

The very inclusion of "new" audiovisual services by the Commission in its draft mandate as well as the latest statements by Commissioner De Gucht are jeopardizing Europe’s freedom to deploy both existing and future measures that may be needed in order to create a level playing field between offline and online services – on both sides of the Atlantic – at a time of major change for the audiovisual sector. By doing so, the Commission disregards 20 years of consistent policy making aimed at defending a certain approach to media regulation, culminating in the success of the UNESCO Convention for Cultural Diversity.  It is also at odds with the position of the European Parliament and a significant number of Ministers for Culture.

The signatories of this press release are proud to operate in a European market open for competition. They are not asking for protectionist policies. They are asking for the liberty to regulate, where necessary, for a free, open and transparent market, putting the public good, cultural diversity and corporate interests into perspective. This is Europe’s real offensive interest.