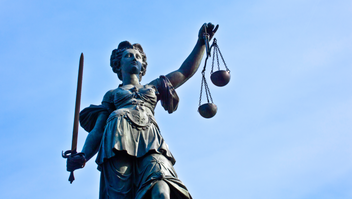 TVCatchup Ltd (TVC) provides "live streaming" of various UK terrestrial and satellite broadcast channels over the Internet, i.e. simultaneously with the original broadcasts, both online and via mobile networks within the UK without prior authorisation from the relevant broadcasters or any other rightholders.

On 7 March 2013, the European Court of Justice decided in the case between several UK television broadcasters and TVC that the simultaneous relaying of broadcasts via the Internet without authorisation by the copyright holders constitutes copyright infringement.

In its ruling of 10 October 2013, the UK High Court has now issued its follow-up judgment on the lawfulness of TVC's relay service. The judgment also covers further arguments raised by TVC under UK copyright law which were not subject to the European proceedings.

With respect to TVC's streaming over the internet, the Court noted that UK copyright law provides for a copyright exception designed to allow cable operators the right to transmit the PSB channels without having to obtain permission from the broadcasters or from the owners of copyright in any works included in these channels (see Section 73 of the Copyright, Design and Patents Act 1988). The High Court accepted TVC’s argument that the Internet is essentially a cable delivery system, and therefore falls within the scope of the exception under UK law, insofar as the audience is limited to UK citizens receiving the broadcast channels concerned. As a result, TVC remains entitled to stream online the broadcasters’ PSB channels pursuant to this section.

However, the Court made clear that this exception is incompatible with EU law (notably Article 5(3) of the 2001 Copyright (Infosoc) Directive, which sets out an exhaustive list of permissible copyright exceptions that may be adopted by Member States that does not include cable retransmission). Given the clear statement by the High Court in that regard, it seems likely that the UK Government will have to take action to abolish or otherwise modify the current exception under CDPA 1988.

Following the decision, TVC will have to drop more than 20 channels from its mobile and internet services. Indeed, TVC has now begun to provide direct links to the broadcasters' websites for the channels that it can no longer stream.

It is possible that a further appeal will be made against the High Court decision.

Following the decision of the EU Court of Justice of 7 March 2013 (finding the simultaneous relaying of broadcasts via the Internet without permission from the broadcasters to constitute copyright infringement) the UK High Court confirmed on 10 October 2013 that the relay service of TVCatchup is indeed unlawful under UK copyright law. The High Court ordered TVCatchup to remove more than 20 channels from its streaming service.

The full text of High Court's Order is available here.

Further information on the EU Court of Justice decision is available here.