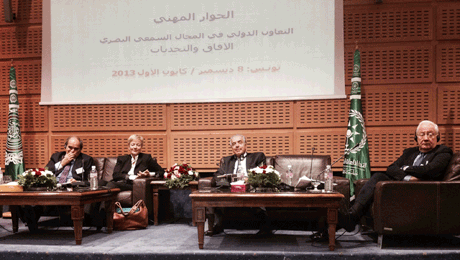 The EBU has pledged to boost collaboration with and between Arab national broadcasters, during a debate at the 33rd General Assembly of the Arab States Broadcasting Union (ASBU), in Tunis.

All parties agreed that collaborative efforts would be instrumental in helping Arab state broadcasters to become true public service media – an evolution demanded by citizens in the wake of the Arab Spring.

Ms Deltenre said the EBU would discuss special initiatives with the broadcasters and with ASBU, with further clarification due at the EBU general assembly, in June 2014.

She suggested that coproductions of fiction formats could be a good start, given the enormous collaborative potential engendered by Arab countries sharing a common language.

The EBU's Tunisian Members, Radio Tunisia and TV Tunisia, suggested that opening an EBU bureau in Tunis could help meet the needs of Members in the region.