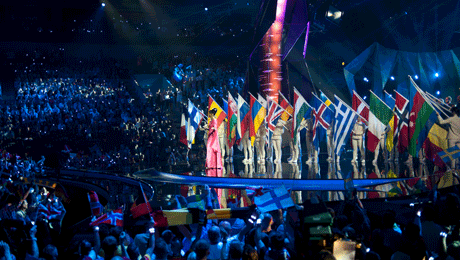 Public broadcasters from 36 countries have confirmed participation in the 59th Eurovision Song Contest which will take place in Copenhagen, Denmark on the 6, 8 and 10 of May.

Poland (TVP) and Portugal (RTP) are set to make a comeback in 2014, and organisers have extended the deadline for Slovenian broadcaster RTVSLO, which hopes to confirm its participation in the coming days.

"We are especially pleased this year to welcome back Poland and Portugal and sincerely regret the tough sacrifices Members such as Bulgaria, Cyprus and Serbia have been obliged to make amid severe budget restraints," said Mr Sand. "After initially signing up, Bosnia & Herzegovina have withdrawn, while Croatia has cited logistic reasons for their non-participation."

"The EBU is extremely sensitive to the severe challenges facing many Members," Mr Sand added. "However several broadcasters have already indicated to the EBU their intention to return in 2015, when the competition celebrates its 60th anniversary. For now, however, our focus is 2014 at the B&W Hallerne at Refshaleøen under the slogan #JoinUs which promises to be one of the most innovative and bold editions of the contest yet."

Last year, the two semi-finals and final reached a worldwide audience of 180 million people across Europe, as well as in Australia, Kazakhstan and China.

More news about the 2014 Eurovision Song Contest can be found at Eurovision.tv/page/news/.