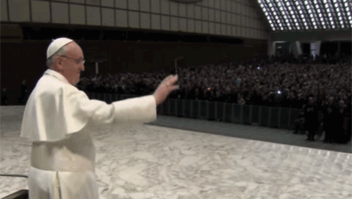 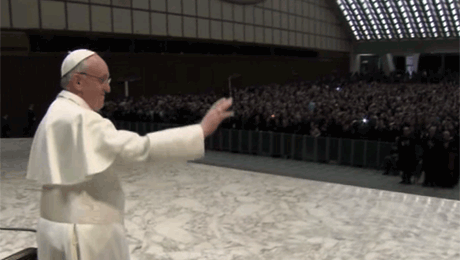 After an introduction by RAI President Anna Maria Tarantola, the Pope spoke about the duties of public service media sector, highlighting the past 60 years of cooperation between the Vatican and RAI:

"Recalling such a rich history of accomplishments also calls us to a renewed sense of responsibility,” he said. “I remind you that your profession, in addition to being informative, is formative; it is a public service, that is, a service for the common good, a service for truth, for goodness, and for beauty.”

He went on to say that "ethical communication is, in the final analysis, the fruit of an attentive conscience - not one that is superficial - that is always respectful of people, both those about whom the information is given and of the receivers of the message. Each person [in broadcasting] in their respective role and responsibility, is called to be vigilant in order to maintain high ethical standards of communication, and to avoid those things that create much harm: misinformation, defamation and slander.”

He urged broadcasters to strive towards winning audience trust and fueling public hope. “There is so much need (for trust and hope),” he said. "By pursuing with determination and perseverance their objectives [broadcasters] will know how to be at the service of human, cultural and civil growth of society.”

More on this can be found at the Vatican Radio website.