Eurovision Sports Live: A video app that raises the bar 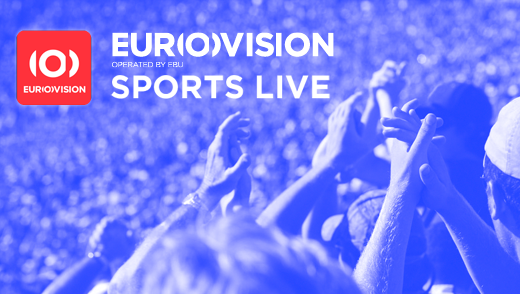 Eurovision, operated by the European Broadcasting Union (EBU), has launched a game-changing app to bring sports fans must-see live action, replays and highlights of elite world sports from the portfolio of sports federations and rights owners currently in partnerships with the EBU.

Starting in May, the Eurovision Sports Live app will feature live events from federations such as the European Union of Gymnastics, FISA and European Athletics. Free to download, its content is available largely free of charge, although some pay-per-view content may feature in future.

The app is available on the App Store for iPad, iPhones 4 and 5, and iPod touch, and on the Google Play Store for Android phones and tablets (10” and 7”). For a stunning viewing experience Eurovision Sports Live also delivers all the action to televisions using AirPlay and Apple TV.

Highlights of the user-friendly app include:

Eurovision Director of Sports & Business Stefan Kuerten said: “We work closely with many of the world’s top sports federations to maximise the free-to-air exposure that most benefits them, viewers and sport. Eurovision Sports Live is an exciting but natural next step for us, and we’re confident that it will give a big extra push to the quality sports content that people everywhere want to see.”

Coming live events confirmed on the app so far are: