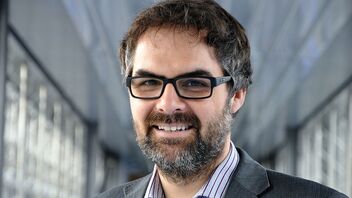 The current coronavirus pandemic has been devastating in many ways, but it has also brought the best from many people and institutions.

The responsiveness of public service radio during this crisis and the way citizens have turned to it in search of trusted news shows that radio at the service of the public is part of the essential infrastructure of a modern society.

Supporting Citizens a key priority
In tough times, citizens have been able to experience, again, how public radio plays a vital role for them. Initially providing and curating trustworthy information to deal with the uncertainties of a completely new situation for most citizens. But this role quickly expanded to encourage people to stay at home and thus to keep safe in many creative ways, from the #iorestoacasa on Rai Radio2 in Italy to the Stay at Home, Hug Tomorrow of Bulgarian National Radio.

Staying at home also meant a completely new situation for citizens but also for broadcasters. And based on its abilities, radio found new missions, namely providing release during the lockdown, supporting a sense of community by bringing people together, supporting citizens in need and encouraging solidarity, supporting kids and parents at home through special educational and entertainment programmes, providing emotional support against a spiral of negativity, and giving voice to citizens’ experiences, creating a common arena and documenting the state of the nation.

Supporting culture as a societal asset
A big part of this support to citizens included bringing arts and culture to their households, as all cultural venues were closed. This also had the beneficial effect to support the much needed cultural sector, heavily affected by the lockdowns.

To support artists and the creative sector, public radio increased their exposure in their broadcasts, for instance by increasing the rotation of national musicians, including many newcomers and less known artists, or creating dedicated online events. As a logical step, the also stepped in for cancelled cultural events, including not only music, strongly associated to radio, but also theatre, cinema, literature, or performing arts. For example, BBC’s Culture in Quarantine did so by creating a dedicated platform for British culture.

Supporting creators in need was also a shared goal, by launching and accelerating new commissioning processes or, even with more ambition, launching far-reaching initiatives like RTBF’s #ReStart to support the whole audiovisual sector, including audio creators, by a longer term ambitious investment program.

Finally, they have also provided a forum for artists and their experiences, for instance by kickstarting the discussions about the aftermath with different cultural parties.

Public radio for the public
We cannot forget that this shift has been done in a very short timeframe and in very difficult conditions, with many journalists and producers unable to access their usual workspaces and studios. This agility and adaptability have prioritized the service to citizens and citizens have responded massively, with market share of public broadcasters increasing by 15% year-on-year at the peak of the crisis.

Public radio, again, has shown to be as vital as ever for citizens and for the creative sector and, as EBU employees, we feel proud to have assisted our Members in these difficult times.

You can read our new report Public Radio Response to the Pandemic online now. With thanks to Dominik Speck for his work pulling it together.