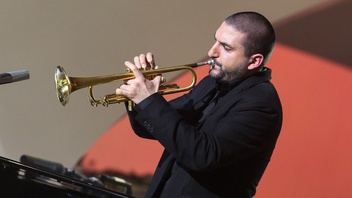 The EBU and its subsidiary Eurovision Services have joined forces to make the broadcast of the charity concert organized by France Télévisions in aid of Lebanon available free of charge to broadcasters in Lebanon and across Europe.

The “United for Lebanon” concert will be held at the Olympia in Paris on 1 October 2020 and will feature French, Lebanese and international artists including Grand Corps Malade, Madame Monsieur and Yannick Noah. The famous Lebanese jazz trumpeter Ibrahim Maalouf, who witnessed the devastation in Beirut, will act as artistic director.

The concert will be broadcast live on France 2 TV and France Inter from 7.05pm GMT to 9.40pm GMT (TBC) in order to show solidarity and raise funds for the Lebanese people. In support of this charitable effort, the EBU is covering the cost of the point-to-point distribution of the live signal from Paris to Beirut, where at least three channels are expected to show the concert.

EBU Director of Member Relations & Communications Vanessa O’Connor said: “This initiative is at the heart of what the EBU stands for. Bringing broadcasters and audiences together, to raise awareness and connect people across continents. Thanks to the proposal of France Télévisions, we’re delighted to be able to help bring this concert to a wider audience and, in particular, to the people of Lebanon.”

Marco Tinnirello, CEO of Eurovision Services, said: “These are challenging times for us all, but especially for the people of Beirut. I hope that our free pan-European distribution of this concert, which is a laudable initiative by France Télévisions, will help with the international solidarity effort at this critical time in Lebanon.”

The concert is produced by Electron Libre and Kiosco for France Télévisions.