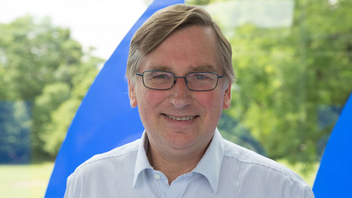 As we don’t need reminding, it’s been quite a year… Lockdown, second wave, we’ve added new words to our vocabulary and new life experiences. It’s been a rollercoaster for so many of us and for media …

I want to start by talking about trust. If we don’t have trust, we’re lost – every human transaction relies on having confidence in someone else. And it’s the same for media – if the audience don’t trust us, we’re finished. Fortunately, radio is the most trusted medium – a good start, but we have new challenges. Working in public media, impartiality is in the DNA.  In the increasingly polarized world we inhabit, the world of Trump and Brexit, people don’t want to hear both sides, and – sadly – some politicians are seeking to accentuate and increase the sense of division. Fox News, as we know, has lost its most loyal viewer, as the screens of the White House turned to Newsmax, when Fox showed some independence of thought and reporting.

Society, democracy itself, relies on debating diverse opinions, and the public relationship with the broadcaster must be sufficiently multi-faceted to keep people listening, even when we present both sides. Psychologists speak of ‘affirmation bias’ - the warm feeling we have when someone agrees with us. How do we hold that middle ground, only through trust, a trust which will come from a broad range of programming reflecting people’s interests, their hopes and concerns. Radio showed itself incredibly flexible during the first COVID wave earlier this year, giving people a voice, providing psychological support, distributing reliable information, but also providing some lighter moments.

In five years at the EBU, I’ve been impressed by how quickly our Members have developed platforms and ways of listening. Flexibility we have seen this year too. Five years ago, DAB was centre stage, but soon we were discussing the potential of voice activated devices, enhancing the podcasting experience, digging deep into archives, and providing attractive new apps with extra material around the live broadcast. But in the car, radio can still seem dull – presenting a grey screen with some incomprehensible frequency, 98.3. That’s not the rich informational world of the internet. We need to make that experience more attractive, and this needs to happen urgently.

I’m not against the services provided by Spotify, Apple, even Netflix for video – I subscribe – but what makes radio special is the profound sense of connection to the community. We need local, regional and national audio production, well-funded and attracting the most creative people. Keeping this radio experience special, not hidden behind layers of intermediaries, that’s important as part of interpreting our own life experience.

I’ve talked about Trust and Technology, so I guess we need another word starting with T.  Talent. Because our distribution can be first-class, but unless there is compelling programming, then the exercise is pointless. Public radio, in particular, has a responsibility to explore and take risks - this applies as much to music, as to the world of ideas. But we’re not going to produce diverse ideas unless producers and speakers, and management too, reflect communities. That’s a challenge, as sometimes the great broadcasting institutions can seem off-putting from the outside. Broadcasters need to be imaginative about recruitment and connect with the best creative talent from all backgrounds.

People have predicted the death of radio in the television era. One Australian memorably described radio as the cockroach of the media family – very difficult to eradicate, surviving almost anything. And the concentration on audio (often visually enhanced these days) is its strength. It’s what makes a long car journey or doing the ironing tolerable…. It’s company, and, particularly in lockdown, it gives vital companionship, bringing the outside world – in real time - into the living room, the kitchen. The extraordinary success of podcasts during this strange year, indicates that people are also making time for audio, for radio as a primary, immersive experience. That’s encouraging.

Radio has once again, this year, shown itself to be the most trusted medium, uniting rather than dividing. It has shown flexibility as radio people adapted programming overnight, as well as turning bedrooms into studios. This digital and content transformation has been inspiring, not achieved by strategy plans (important though they are), but by the can-do attitude of those working in the industry.

We hope things will become more normal, when people take the vaccine. Michael Ryan of the WHO spoke recently at an EBU event about the importance of media in presenting reasoned voices, specifically reassuring people about vaccines. Acceptance of the vaccine is vital and we have a role to play, but in the meantime radio has that vital role of extending our thought horizons, keeping us sane, and – isolated from friends and family – maintaining that warm connection with the outside world. Let’s hope that we all meet in person in 2021.