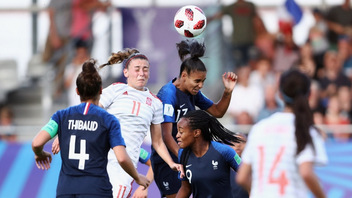 Eurovision Sport and EBU Members are gearing up for a record-breaking year of top-quality live free-to-air sport in 2022, with a special focus on women’s sport.

EBU Members’ schedules, which already featured several World Championships and the FIFA World Cup Qatar 2022™, plus the second edition of the multisport European Championships in Munich, are augmented by major events postponed to 2022 as a result of the COVID pandemic.

In addition to 470 free-to-air TV channels, EBU Members will make use of nearly 700 radio stations, 1,300 plus online simulcast channels and stations and nearly 300 exclusive online linear services to reach sports fans across Europe and beyond in 2022.

A key feature of the year will be events that showcase the exciting recent growth in women’s sport, including the UEFA Women’s Euro England 2022 and road cycling’s revived Tour de France Femmes.

Public service media are the home and the primary driver of coverage of women’s sport in Europe, and in 2022 Eurovision Sport will be operating sports broadcasting’s most gender-balanced portfolio.

A big year for women’s football kicks off with the UEFA Women’s Futsal Euro, one of the events postponed because of the pandemic. The second edition of the indoor, five-a-side national teams tournament will again be played at Porto’s Pavilhão Multiusos de Gondomar arena, scene of Spain’s 4-0 victory over Portugal in the 2019 final. This year’s event is scheduled for 25-27 March.

Later in the year, the FIFA Women’s U20 World Cup Costa Rica 2022, rescheduled for 10 to 20 August after the 2020 edition was cancelled, will provide a glimpse into the future of women’s football. Sixteen teams will compete for the title, including Spain, France, Germany and the Netherlands, the European teams nominated by UEFA after qualifying was cancelled.

However, the pinnacle of the women’s football year will be the UEFA Women’s Euro England 2022, postponed from last year and now scheduled for 6 to 31 July 2022. Eurovision Sport will distribute coverage to more than 50 European territories. After the unprecedented success of the FIFA Women’s World Cup France 2019™, EBU Members are expecting to score record viewing figures for this year’s 16-team tournament, which will be played in nine stadia across England, with the final scheduled to be held at the iconic 90,000-seat Wembley Stadium. A sell-out seems certain, a measure of the growth enjoyed by the women’s game in recent years.

In cycling, the second edition of Paris-Roubaix Femmes, the women’s version of road cycling’s famously gruelling ‘Hell of the North’ on 16 April in France, will act as a taster for the long-awaited revived and reformatted women’s Tour de France, the Tour de France Femmes avec Zwift. The eight stages of the Tour will begin with Stage 1 on 24 July, a circuit of Paris beginning at the Eiffel Tower and ending 82 kilometres later on the Champs-Élysées, directly ahead of the finish of the men’s race. The women’s race will have its own exciting mountain-top finish at La Planche des Belles Filles in the Vosges mountains.

In a year of major sporting events, some held over from previous years because of the pandemic, EBU Members will be bringing viewers all the live action, via TV, digital channels and radio. EBU Members have 46 online sport brands, serving audiences sports content in their own language across websites, apps and social media. Here are just a few highlights of a packed year:

Elsa Arapi, Eurovision Sport’s Women’s Sport Project Lead, said: “2022 is going to be another great year for the women’s game. We look forward to shining a spotlight on the exciting coverage EBU Members are planning for women’s events across the summer.”

Glen Killane, Executive Director of Eurovision Sport, added: “On behalf of our Members, we at Eurovision Sport are committed to ensuring that women’s sport remains accessible to everyone and gets the widest possible reach. The pandemic has statistically hit female athletes and sports harder than male sports which makes this year even more important for women in sport. We have a golden opportunity to show our support for the best female athletes this continent has to offer, and our public service media organizations are leading the way.”