The line-up for this year’s Eurovision Song Contest Semi-Finals has been decided by a draw, broadcast live online, as a part of the traditional Host City Insignia Ceremony.

At the ceremony, Ahmed Aboutaleb, Mayor of Rotterdam, representing last year’s Host City, passed on the Eurovision Insignia to the Mayor of Turin, Italy Stefano Lo Russo, marking the official handing over to the new Eurovision Song Contest host city.

The event, at the Palazzo Madama, was organized by Italian broadcaster Rai and the European Broadcasting Union (EBU) and presented by Italian TV hosts Carolina Di Domenico and Marco Acampa.

An allocation draw was then held to determine in which Semi-Final each participating broadcaster will perform in the hope of qualifying for the Grand Final.

10 countries from each Semi-Final will progress to join 5 pre-qualified countries in the Grand Final on Saturday 16 May.

France, Germany, Spain, the United Kingdom and host country Italy (the ‘Big Five'), automatically qualify for the Grand Final, however they are each required to broadcast and vote in one of the Semi-Finals.

The ceremony was overseen by the Chair of the Eurovision Song Contest’s governing body, the Reference Group, Frank Dieter Freiling from ZDF and digame’s Managing Director Thomas Niedermeyer. This year’s Executive Producers from Rai, Simona Martorelli and Claudio Fasulo were also present alongside the Director of the Rai TV Production Centre in Turin, Guido Rossi.

“The Allocation Draw marks an important day in the Eurovision calendar,” said Martin Österdahl, the ESC’s Executive Supervisor. “This year it’s more special as it’s the first since 2020. The excitement is really starting to build now as we count down the days to May when we will welcome all participating artists to Turin and share the Sound of Beauty at the 66th Eurovision Song Contest.”

“The Eurovision Song Contest is a singing festival for European young people, which has now gained a global dimension,” said Marinella Soldi, Chairman of Rai.

“Rai is proud to organise the 2022 edition, which will be a huge media event reaching an audience of 200 million people with a TV show filled with cutting edge technology and reaching young people around the world on social media. It’s also a great opportunity to strengthen the cooperation between European public service media.”

“The Eurovision Song Contest is a springboard to stardom,” she added, “as shown by the international success achieved by Måneskin, winners of the last edition. Thanks to them today we are proud to be the host country of the event. I hope Eurovision 2022 will have the same spirit and energy of this great Italian band, that with its passion, determination and the power of its music has conquered the world. We are happy to host the event in Torino, the cradle of Italian television, a city home to major cultural and sport events and ready to welcome people from all over the world.”

The 2022 Eurovision Song Contest will take place on 10, 12 and 14 May it the Pala Olimpico in Turin. Italy. For more information, visit Eurovision.tv

This year’s line up in alphabetical order, together with the participating EBU Member or Associate, is as follows:

FIRST SEMI-FINAL (TO BE BROADCAST ON 10 MAY) 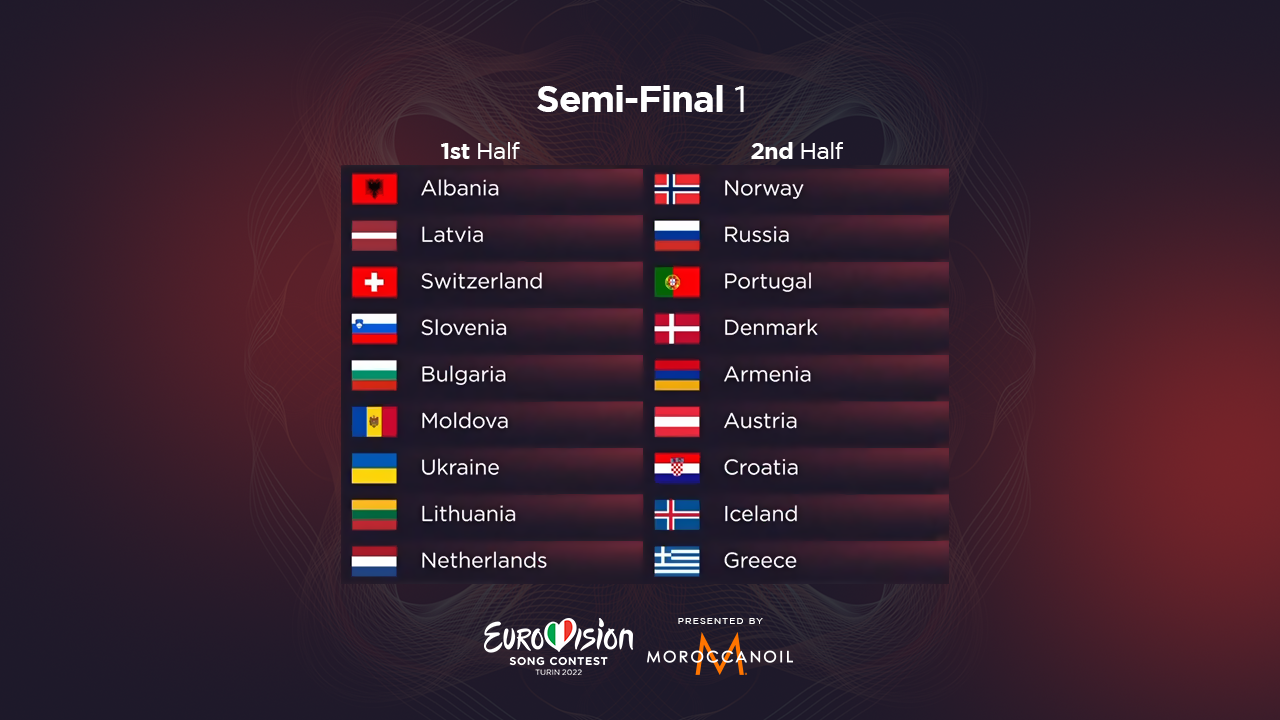 SECOND SEMI-FINAL (TO BE BROADCAST ON 12 MAY) 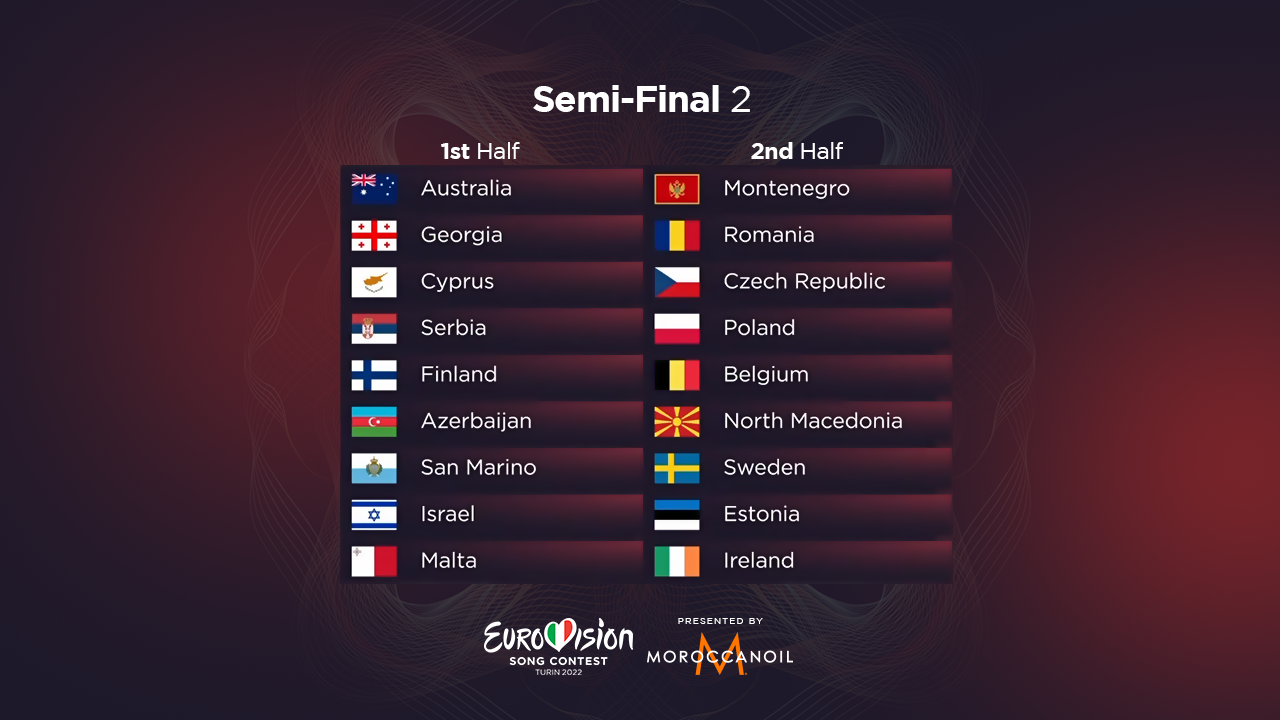 The Insignia Ceremony and Semi-Final allocation draw were broadcast live on RaiPlay and the official YouTube channel.

*Since 2004 digame has been the official voting partner of the European Broadcasting Union (EBU) and responsible for the centralized televoting via telephone, SMS, MHP and for the official Eurovision App, which has been developed by digame mobile. Drawing from different pots is a method practiced by the Eurovision Song Contest.