The EBU has a 5-year distribution agreement with the Vienna Philharmonic Orchestra running until 2027, under which it acquired TV and radio broadcast rights for a package of three classical concerts per year. Dozens of EBU Members subscribe to this package. More than double that number outside the EBU area also broadcast the annual New Year's Day Concert.

Broadcast live from the ornate Musikverein concert hall in Vienna, the New Year’s Day Concert is one of the most sought-after TV properties in the world, achieving staggering market shares of over 40% in several countries and reaching over 40 million television viewers around the world.

The orchestra performs a different musical programme every year with works from the vast repertoire of the Johann Strauss family and its contemporaries under the baton of the world’s most prestigious conductors.

The New Year's Concert 2021 took place under the musical direction of the Italian conductor Riccardo Muti for the sixth time.

Muti has been closely associated with the orchestra for decades. And, as he has done in previous years, Muti included unknown or seldom-performed works by contemporaries such as Carl Millöcker, Carl Zeller and Karl Komzák in the concert programme, in addition to the well-known Strauss repertoire.

The Vienna State Ballet performances were choreographed (for the second time) by Carlos Martinez in the magnificent grounds of the Liechtenstein Garden Palace and the so-called Looshaus - one of the central buildings of Viennese modernism, created by Adolf Loos.

The ingenious French fashion designer Christian Lacroix designed the costumes for both ballets (1998 and 2000). And, for the third time, Henning Kasten was responsible for the elaborate direction with 17 cameras.

The intermission film by Felix Breisach was dedicated to the youngest of all Austrian states, Burgenland. The area belonged to the Kingdom of Hungary as 'German West Hungary' until the end of the Austro-Hungarian Monarchy and, according to the Treaty of Trianon, it had to be ceded to the new Republic of Austria in 1921. Burgenland, famous for its Lake Neusiedl, will celebrate its 100th anniversary in 2021.

More details about this year's event are available here.

Karl Millöcker
In Saus und Braus (Living It Up), Galop 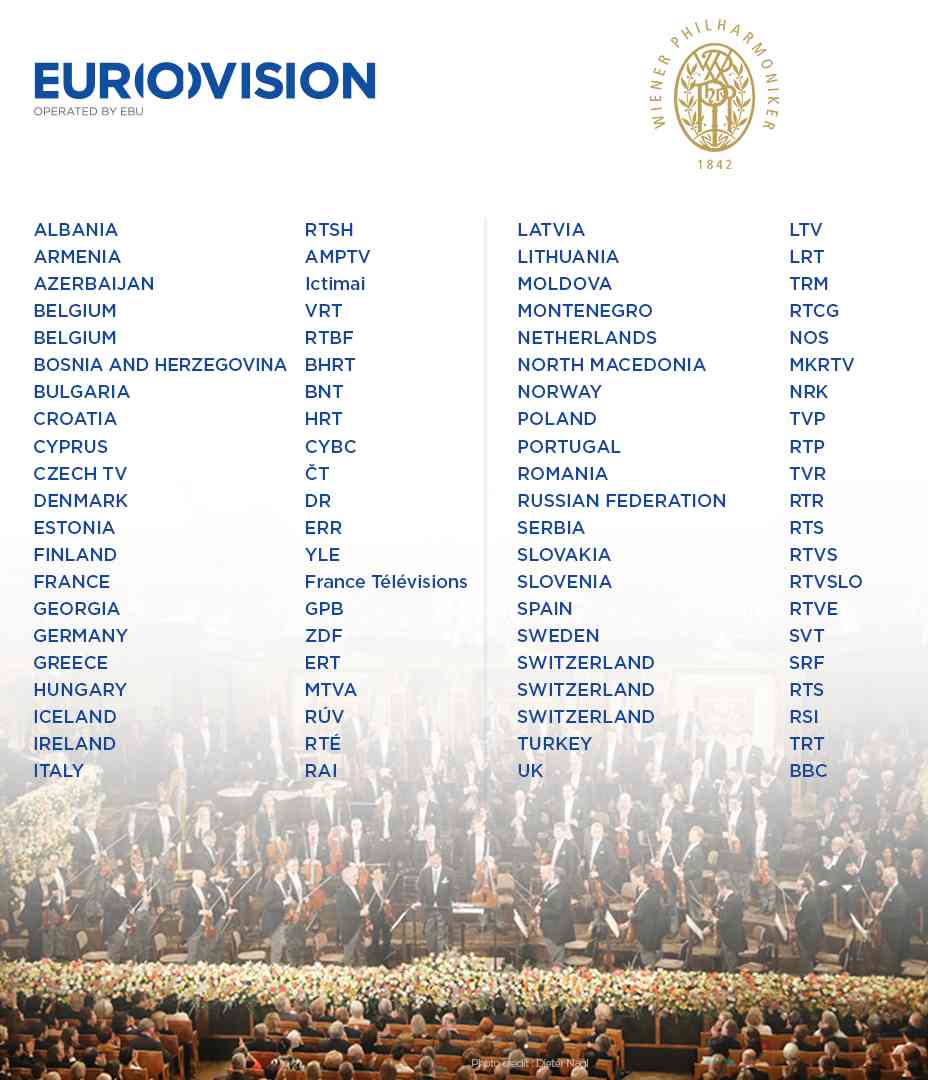 The second concert of the Vienna Philharmonic Orchestra package is the annual Summer Night Concert, an outdoor production from the gardens of Vienna’s picturesque Schönbrunn Castle broadcast to several million TV viewers. Like the New Year’s Day concert, TV production is by Austrian EBU member ORF, and the concert is carried to audiences around the world via the Eurovision satellite network.

More details on the Vienna Philharmonic are available on their dedicated website.

Each autumn, the VPO performs a special concert at different locations around the world. Recent concerts have been held in Japan, at Versailles in Paris and at Barcelona's Sagrada Familia.