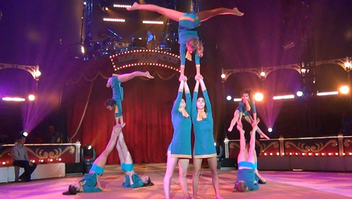 The Magic Circus Show, a TV entertainment programme organized by Eurovision, will be broadcast during prime-time family slots on eight public broadcaster channels over the Christmas period. 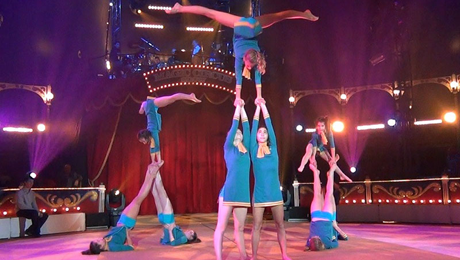 The success of the 2010 and 2011 shows convinced the European Broadcasting Union (EBU) and the broadcasters involved in the show to make it a yearly event. The circus show features European children performing circus acts under the big top in Geneva. More than 60 children from around Europe will perform 18 acts during a 90-minute show recorded on 17 November.

Nadja Burkhardt, Executive Supervisor of the event from the EBU said: “I am confident that this year’s Magic Circus Show will be a feast of entertainment.”  She continued: “The past two shows have given us a really good platform to create an even better show, and I am looking  forward to viewers from all over Europe enjoying it.”

Jugglers, acrobats, trapeze artists, clowns and air gymnasts will be showing off their talent. All the acts are chosen in a thorough selection process in their respective countries. Each participating TV channel holds a casting session for children who perform circus acts, resulting in a selection of one to three acts per country. With the help of their teacher or coach, the artists then prepare their performances individually or together.

RTR Russia:  Between 1 January and 9 January

RTE Ireland: Between 22 and 31 December

For information on broadcasting times in the above mentioned countries please contact Nadja Burkhardt: burkhardt@ebu.ch