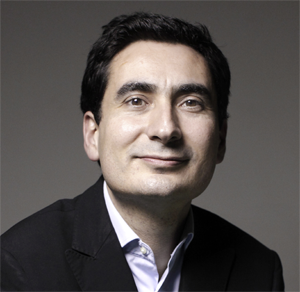 European thought leader Guillaume Klossa is to join the management team of the European Broadcasting Committee (EBU) as Director of Public Affairs and Communications (PAC).

His responsibilities include the EBU's Public Affairs office in Brussels, and the Media Intelligence Service (MIS), the Knowledge & Information Unit and the Communications Service in Geneva.

Mr Klossa, who is French, will report to EBU director general Ingrid Deltenre.

Mrs Deltenre said Mr Klossa's arrival at the EBU is timely, as the organization helps prepare Members to face a future characterised by change.

"This new position underlines the increasing importance communication and public affairs play in highlighting the value of Public Service Media in advancing democracy and society," said Ms Deltenre. "Mr Klossa's political insight and experience of strategic issues will be a major strength to the EBU as we work towards achieving the best possible legal, financial and technical frameworks for our Members."

Mr Klossa said he looked forward to taking up his position on July 1 and contributing towards the development of a modern PSM strengthened by innovation drawn from a solid base of knowledge.

"I am extremely proud to be joining the EBU.  At a time of profound change, the need for strong Public Service Media (PSM) is immense. In promoting excellence, innovation and pluralism, and as a provider of quality content in the digital age, their contribution to a lively democracy is unparalleled."

In his present role, Mr Klossa chairs EuropaNova, the Paris-based NGO he established in 2003 to promote dialogue on European issues and foster a new generation of opinion shapers. He has also acted as an advisor to the Reflection Group for the Future of Europe and was previously VP, Communications & Corporate Affairs, McDonalds, France.