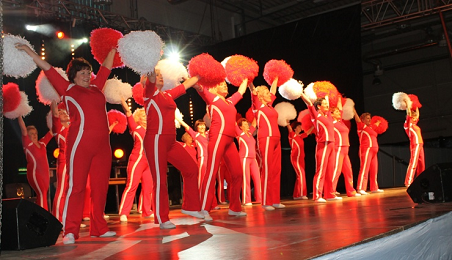 
Students from Eurovision ACADEMY’s 2012-2013 Master School on Radio Features presented, for the first time, their own documentaries at this year's International Features Conference (IFC) in Bergen, Norway on 15 May.

The features, which were the result of a 10-month course at the Academy with award-winning radio journalists, reflected a young Europe that is increasingly concerned with globalization, poverty, violence and shifting cultural identities.

The extracts were presented by two of the 12 participants: Saar Slegers, a 31-year-old radio reporter with Dutch public radio, and Johannes Nichelmann, a young reporter and presenter for Germany’s Rundfunk Berlin-Brandenburg.

The documentaries explored a range of complicated topics, from the cultural gap between an Indian father and his three French sons to the after effects of extreme acts of youth violence in Berlin to the challenges faced by senior citizens on a cheerleading team. For this 6th edition of the Master School, many of the students also chose to delve into their roots and experiment with incorporating their own personal journeys in their storytelling.

IFC attendees were particularly impressed with the results. The widely esteemed radio producer Peter Leonard Braun, from Prix Europa, remarked, “What a boost of talent and energy and what a professional presentation!”

Nathalie Labourdette, head of Eurovision ACADEMY, points out that “investing in young talent is of the utmost importance to the EBU. These are the people who will ultimately deal with the repercussions of a society that is changing rapidly every day. Their youthful energy allows them to dig deep and find those stories that are refreshing and interesting to listeners of all ages.”

Twelve young journalists out of competitive pool of applicants from Member broadcasters are selected for each Master School for Radio Features. Past works produced in the workshops have garnered international awards.

More information about the next edition of the Master School, visit the Eurovision ACADEMY Master School on Radio Features page.  EBU Members may also listen to this year's radio features in the EBU Community portal.