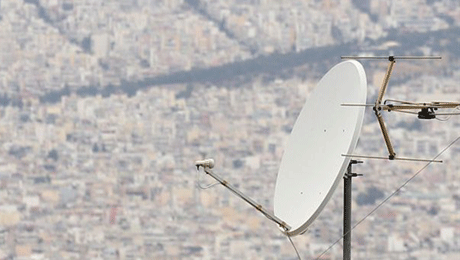 The EBU leadership has written an open letter to Greece’s Prime Minister, Deputy Prime Minister and relevant unions welcoming the Greek Parliament’s adoption of a new law that paves the way for a valid public service broadcaster to be created, six weeks after Greek EBU Member ERT was taken off air.

In the letter sent yesterday (July 24) EBU President Jean-Paul Philippot and Director General Ingrid Deltenre write: “The EBU welcomes the fact that this law appears to set the stage for building a new and independent public service broadcasting organisation”.

They also express the conviction that the interim public service broadcaster currently operating in Greece ought to be “editorially independent”, and that it is time to look to “the future of public service media in Greece”.

As soon as the interim service carries a news bulletin, the need for EBU streaming will have passed.

Reiterating the EBU’s previously expressed readiness to help in the creation of ERT’s successor, known as New Hellenic Radio, Internet and Television (NERIT), the letter reads: “If NERIT is to fulfil its potential of independence, solid governance, and a valued service to society it should be able to call upon those with the expertise, the vision and the flexibility to be part of that future.”

Since 11 June, when the Greek Government abruptly stopped ERT from operating, the EBU has consistently spoken out for the restitution of public service media in Greece, which is vital for culture, democracy and for society itself.

ABOUT THE EUROPEAN BROADCASTING UNION (EBU)

The EBU is the world's foremost alliance of public service media organizations, with Members in 56 countries in Europe and beyond.

The EBU's mission is to defend the interests of public service media and to promote their indispensable contribution to modern society. It is the point of reference for industry knowledge and expertise.

The EBU operates Eurovision and Euroradio.

Eurovision is the media industry's premier distributor and producer of top quality live sport and news, as well as entertainment, culture and music content.

Euroradio enhances public service radio through the exchange of music, professional networking and the promotion of digital and hybrid radio – to ensure radio remains a key protagonist in a multimedia world.

The Eurovision/Euroradio satellite and fibre network is the largest and most reliable in the world directly plugged in to public service media everywhere.