Ten years on from the adoption of the 2005 UNESCO Convention on the Diversity of Cultural Expressions, European public broadcasters and the European Coalitions for Cultural Diversity (ECCD) are calling for the protection of cultural diversity and the principle of technological neutrality to be included explicitly in the final text of the Transatlantic Trade and Investment Partnership (TTIP).

The Convention gives all signatory countries and regions the right to promote and protect cultural expressions in their territory. It also commits them to take into account the provisions of the Convention when entering into other international agreements.

Fully endorsing the European Parliament’s recent report on the TTIP negotiations, the European Broadcasting Union (EBU) and the ECCD are calling for a horizontal binding clause that would explicitly safeguard the freedom of EU countries to adopt measures promoting cultural diversity, including ensuring the capacity of audiovisual and media services to serve public interest goals. Both organizations believe the introduction of such a clause is particularly important because, unlike the European Union, the USA is not a signatory to the Convention, and has yet to make public its negotiating position.

"Economic constraints and increasing consolidation in our sector is placing ever greater pressure on the unique role of public service media in Europe. We need to make crystal clear that securing a deal on services under TTIP cannot be at the expense of our cultural heritage and values,” he added.

The EU’s current negotiating mandate for TTIP advocates the exclusion of audiovisual services from chapters on investment, cross border supply of services and electronic commerce. However, their exclusion from the “regulatory framework” chapter is only implicit. Both organizations argue that explicit reference to audiovisual services should be made in this chapter, in addition to a horizontal clause recognizing the sovereignty of signatories, including EU Member States, over their cultural and media policies.

They also highlight that the principle of technological neutrality is clearly affirmed within the definition of cultural diversity in the UNESCO Convention, and argue that audiovisual services should continue to be defined on the basis on this principle under any future trade deal.

Carole Tongue, President of the ECCD says: “it is essential that there is an explicit exclusion of audiovisual and cultural services in trade agreements undertaken by the EU. Otherwise there would be a risk of jeopardising the basic principles underlying diversity of cultural expressions. It is even more vital in the digital era, that the EU stands by its commitments and respects fully the UNESCO Convention.”

Mr. Philippot added “The exemption for audiovisual services needs to be across the board to avoid any potential loopholes. It should also be clearly tied to the principle of technological neutrality in any final deal on TTIP.”

“In the spirit of the UNESCO Convention, these commitments should also extend to all other bilateral trade agreements undertaken by the EU,” he concluded.

*The event took place in Strasbourg on 7th October 2015, hosted in cooperation with the European Parliament’s Cultural & Creative Industries Intergroup (CCII) to celebrate the 10th anniversary of the UNESCO Convention. For more information click here. 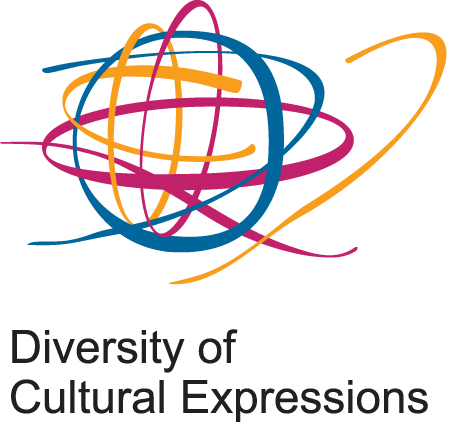 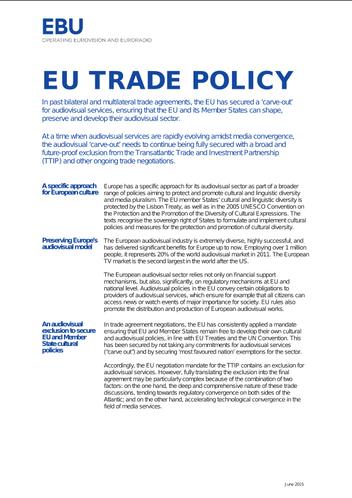