The European Broadcasting Union (EBU) urges the Bureau of European Regulators for Electronic Communications (BEREC) to apply strong EU net neutrality rules by setting out robust and consistent guidelines for national regulators. The EBU believes that net neutrality is a pillar of media diversity in the digital age.

In its response to the BEREC consultation on net neutrality guidelines (available in the download section on this page), the EBU points out that the deployment of 5G should not be a pretext to water down the implementation of net neutrality rules.

EBU Head of European Affairs Nicola Frank said: “We consider a robust net neutrality EU policy to be crucial for the development of an open and interoperable 5G technology platform. The implementation of clear and strong EU net neutrality rules can go hand-in-hand with a rapid deployment of 5G.”

She added: “The implementation of net neutrality rules must not result in the creation of an internet ‘slow lane’ alongside internet “toll roads” which are prohibitively expensive or restricted on the basis of the network’s strategic interests.”

The EBU also warns against ‘zero-rating’ practices, which should be carefully monitored by national regulators, particularly in situations where only services with sufficient resources can negotiate preferential deals. ‘Zero-rating’ could have an important impact on freedom of expression and media pluralism, as well as distorting competition, impeding innovation and reducing user choice.

The EBU addresses several other issues raised by the BEREC consultation in line with the basic net neutrality principles agreed by EBU Members:

The BEREC is expected to finalize its guidelines at the end of August 2016. 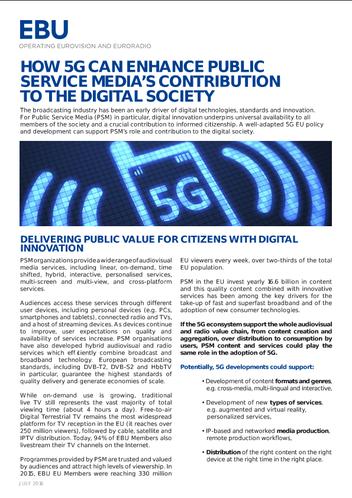 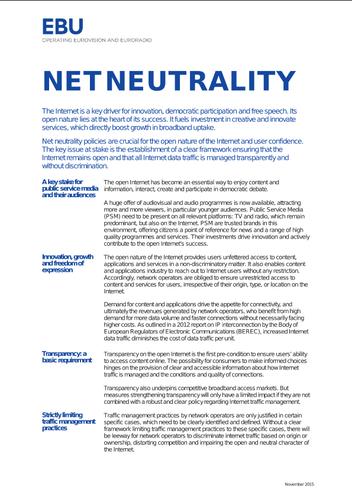 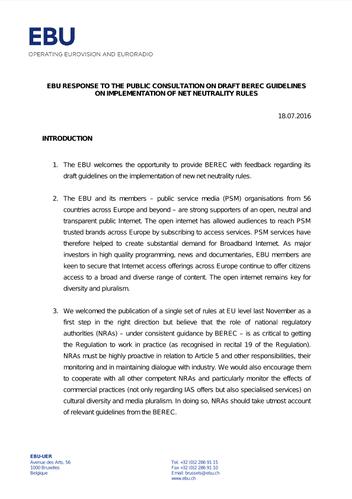