EBU Media pivots towards an increased focus on content, platforms and distribution, with two senior appointments 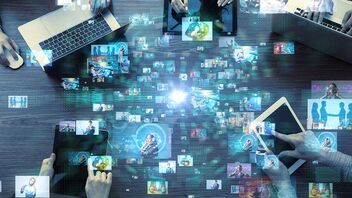 The EBU has confirmed two senior internal promotions within the Management Team of the EBU Media Department.

Matthew Trustram, a senior EBU project manager with more than 10 years’ experience at the organization, has been appointed as the EBU’s Head of Television, with immediate effect. He replaces Jeroen Depraetere, who left in December 2019 after four years in the role.

Matthew has been Head of Television ad interim since January 2020, coinciding with one of the most critical times for the industry, with the advent of COVID-19 and the ensuing ravages to TV production and programming sources. Matthew was given the challenge of setting up a TV content exchange between Members to address the issue – read how he did it in just 30 days.

Ezra Eeman has been the EBU’s Head of Digital since joining the organization from VRT in 2017. He will now take on an extended role as Head of Digital, Transformation and Platforms, and will steer EBU Media’s activities to support Members in distribution and promotion, ensuring access to their content and services across all media – radio, TV, digital - and on appropriate devices and platforms.

Ezra also remains responsible for overseeing our portfolio of DTI activities to support EBU Members in making the digital transition.

Jean Philip De Tender, EBU Media Director, says, “EBU Media supports Members with distinctive content and advises on connecting with audiences – services that have been thoroughly tested during the COVID-19 pandemic. The virus has proved beyond doubt that the role of EBU as content partner is needed like never before.

“As part of our drive to renew and strengthen our services for Members, we will prioritize a focus on content, platforms and distribution across all media so that we can respond better to strategic needs and the changing media landscape. The roles of Head of Television and Head of Digital, Transformation and Platforms are key to this renewed focus, as we shape our portfolio provision for the future.”

Both roles will be pivotal to the EBU Media Department’s Senior Management Team.