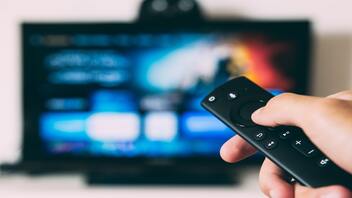 Ensuring prominence - findability and accessibility of general interest content on significant audiovisual platforms – is a priority for the EBU’s Legal and Policy Team. Jenny Weinand, Legal Counsel, was recently invited to speak about Prominence at a workshop for national regulatory authorities organised by the European Regulators Group for Audiovisual Media Services (ERGA). Below is a summary of her intervention.

As consumption patterns are changing, so are the ways in which audiovisual content is distributed and accessed. New powerful online operators have emerged. They – alongside other players such as TV distribution companies - place themselves as gatekeepers between content providers such as Public Service Media and audiences.  Platform operators have a clear incentive to attract audiences to content that makes them more money – which risks that content of public value is put in the back seat. And, while devoid of editorial responsibility, platforms can influence public opinion forming by determining which content is visible and accessible for citizens.

This is where prominence comes in. Ensuring appropriate prominence – findability and accessibility of general interest content on significant audiovisual platforms is of fundamental importance for a democratic society. Prominence ensures freedom of expression and diversity of opinions. It also ensures citizens’ right to receive accurate and unbiased information - countering disinformation.

As the EU’s Audiovisual Media Services Directive (AVMSD) is transposed into national law across the EU, ERGA, the European Regulators Group for Audiovisual Media Services (ERGA), recently held an online workshop on prominence. EBU’s Jenny Weinand, Legal Counsel in our Legal & Policy team, joined a panel to discuss how Prominence, which is covered in Article 7a of the AVMSD, could be best transposed into national law.

Jenny showed how user interfaces used for TV distribution are shifting from channel-based grids (similar to the traditional electronic programme guide) to spaces featuring on-demand content accessible through individual tiles. While TV channels become less important, on-demand content, often curated or aggregated by platform providers, is put to the fore. Increasingly, platform providers recommend and personalise content based on users’ previous consumption patterns. The market logic prevails here: platform providers promote the content that is commercially viable for them, such as their own content or that of affiliated third parties. Local content, content dedicated to minorities or niche audiences and other informative genres such as news and documentaries will not be promoted by commercially driven algorithms, and general interest content gets buried.

Media law and policy scholars are increasingly devoting attention to evolving market practices, looking at the effects positioning of content has on user consumption. Experiments with vertical and horizontal content lanes on user interfaces have, for example, demonstrated that users are more likely to click on content that is shown on-screen in contrast to content that has to be rotated in for viewing.

This is why Art. 7a AVMSD is of key importance for PSM. The new provision is optional for Member States, and moreover broadly worded, leaving ample room for regulatory intervention. This means that Member States have the opportunity to implement measures that ensure appropriate prominence of audiovisual media services of general interest. Some guidance is provided by the Directive which says that media pluralism, cultural diversity and free speech should be objectives of regulation on prominence, and any measures taken to safeguard prominence should be proportionate, balancing involved stakeholders’ rights and interests.

Jenny made the EBU case that Article 7a should be shaped to address, as a first step, all providers of User Interfaces used for accessing audiovisual media services. It should also be applied to all relevant areas of the User Interface: e.g. platforms’ entry point, any areas  - such as app menus - used to access services and content, access devices (remote control, voice), and areas where platforms seek to drive usage (through recommendations/personalization/paid promotional areas).

General interest content should be understood to include PSM’s linear as well as non-linear audiovisual media services. While the trend is towards more aggregated content sections, the beneficiaries of Prominence regulation should extend to individual programmes and disaggregated content items.

Finally, to ensure that Prominence rules are adaptable to technological progress and changes in user behaviour, they should be based on general principles. Details should best be determined at national level, taking into account the structure of the national market and involving all relevant stakeholders.