“Completely unacceptable”: EBU condemns attacks on journalists and calls for enforcement of protections for news outlets. 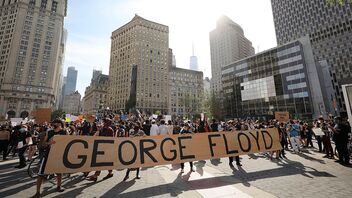 The EBU strongly condemns the unacceptable pattern of attacks on journalists, most recently witnessed during the George Floyd protests in the USA.

This follows reports that dozens of experienced reporters have been injured, threatened, intimidated, or arrested. EBU Members BBC, Deutsche Welle (DW) and TRT World have also reported specific aggressive acts against their news crews. This is despite following recognized protocols for media operating in the field, including visible identification and respecting instructions from law enforcement agencies.

The media play an essential role in functioning democracies by representing the public interest through investigation and the holding to account. Without question, the freedom to report stories unimpeded is fundamental to free speech and society. No journalist should ever be endangered for simply doing their job. And to deliberately target journalists is neither legitimate or lawful. We urgently request that governments worldwide guarantee the protection and safety of journalists and publicly condemn all acts of aggression against media outlets.

Liz Corbin, Head of News, EBU, said: “The freedom of the media to report safely without fear of violence from police or security forces is a crucial pillar of democracy. It is completely unacceptable that journalists, including EBU members, have been deliberately targeted and injured while doing their job. Many of the journalists involved are highly experienced in covering public order events, respecting directions from law enforcement and in managing their own risks. This makes the sheer number of incidents deeply troubling. We call for an end to all violence against journalists and a renewed commitment to media freedom.”