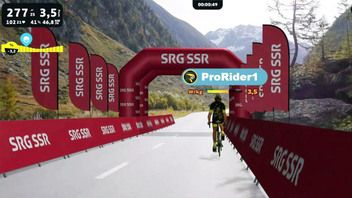 EBU Members have reported impressive audience figures for their sports programming during the period of the coronavirus lockdown, as live international sport begins to make its cautious return to European TV screens.

The figures emphasise the crucial role played by free-to-air, public-service broadcasting in informing, entertaining and raising morale across the continent and beyond during the unprecedented crisis caused by the pandemic.

EBU Members also contributed to national debates about the effect of the pandemic on sport through their radio airwaves during lockdown, as the coronavirus uncovered the hidden resourcefulness and versatility of journalists and others working in public-service radio.

Glen Killane, Executive Director of Eurovision Sport, said: “The work of EBU Members over the past six months in helping us, through sport, remember and believe in the 'life outside' has been so important to so many. This work demonstrates the unique value of what we in Public Service Media do in raising spirits and building unity at times of crisis.”

The Eurovision Sport portfolio was recently augmented by a new agreement with the International Gymnastics Federation (FIG) for EBU Members across Europe and North Africa to broadcast exclusive coverage of FIG World Championships in Artistic, Rhythmic and Trampoline Gymnastics for the cycle 2021-2024.